Growing in the garden of recovery 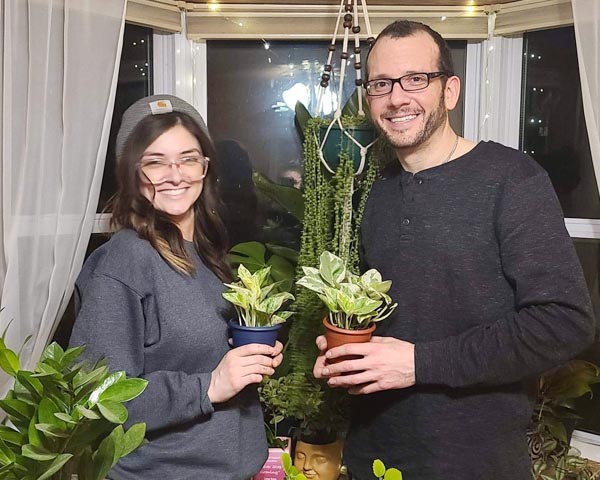 “It’s so snowy and I’m like racing around town trying to get this plant,” laughed Breanna (Nan) Roth.
While Roth’s effort to obtain a Marble Queen Pothos plant may seem a bit extreme, consider it an early kick-off to celebrating National Houseplant Appreciation Day on Jan. 10.
“It’s nothing special, a low maintenance, variegated plant,” states Roth. “But I just think they’re so pretty. I’m so excited to hold it up.”
Today, houseplants have become one of Roth’s favorite things to track down. But several years ago, the only thing she found worth chasing was alcohol and drugs. That is, until her dual addiction brought Roth to her knees.
After turning to a sober-living home and spending time building a foundation of recovery in 2018, a new woman emerged. One that loves plants.
“I became pregnant in January of 2020 and miscarried in March and lost the baby,” she says. “And my friend, Brent (Gaugler) gifted me a plant that I started to nurture.”
It would become what Roth believes to be a subconscious form of grief management she sought solace in, she says.
“Him gifting me that plant, that gesture of giving, made me feel so included,” she says. “It’s fun to have someone who identifies with your love for this thing.”
Roth says she’s had a one-track mind for plants ever since.