Gumke honored as McKenzie County ‘Teacher of the Year’ 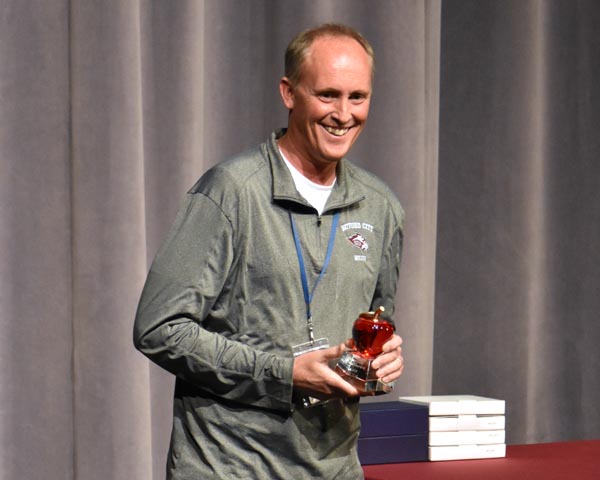 State School Superintendent Kirsten Baesler recently announced 40 North Dakota educators as this year’s ‘Teachers of the Year,’ including David Gumke of McKenzie County Public School District No. 1 (MCPSD).
“Mr. Gumke is a guy who has not missed a day of school, other than extracurricular leave, in probably three years. He’s a worker,” says Jim Green, Watford City High School principal.
As the head coach for the boys cross country team, boys basketball team and boys track team, Green says even in an instance where Gumke’s son was participating in a national college track meet in Alabama, Gumke rushed back to Watford City to get to his track students.
“He felt horrible that he had to miss the first two days of track and we maybe had five kids at the state track meet,” says Green. “Every other person I know would’ve stayed in Alabama, knowing there’s assistant coaches.”