Haugen Ranch is chosen as ‘NDSA Rancher of the Year’ 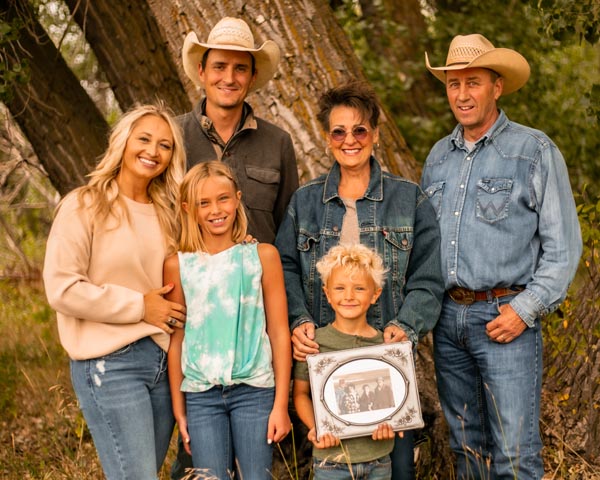 “The first episode I’d ever seen, there was this baby calf and it gets up and runs away and it was like a 400-pound calf. I thought, this is not real, this is stupid,” says Les Haugen of the first season of Yellowstone, a hit television series about a Montana-based ranching family.
As the room erupted in laughter, many can agree that while Yellowstone makes for great entertainment, real ranchers know that the show presents a sugar-coated depiction of ranch life that is far from reality.
“With operations like this and the acreage around us, it’s not how many dollars we can stack up in a year. It’s how long we can keep our place running and do it the right way,” says Lane Haugen of the Haugen Ranch, southwest of Alexander.
Last Saturday, the North Dakota Stockmen’s Association presented the Haugen Ranch with its 2021 Rancher of the Year Award during the association’s 92nd Annual Convention and Trade Show in Fargo, N.D.
“It’s been through four generations and now, it’s on its way to its fifth generation,” says Les.