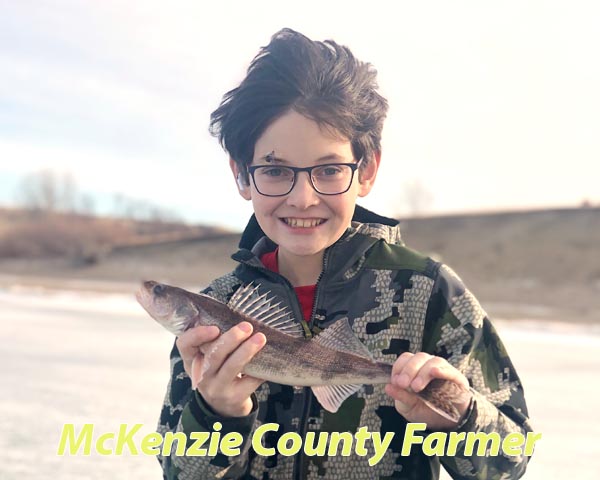 “We didn’t hook the TV up so we’re seriously fishing,” laughed Rodger Harmon during the Catch for a Cure Ice Fishing Tournament, which was held at the Tobacco Gardens Resort & Marina on Jan. 16, to help raise funds for the Rugged West Relay For Life.
While the ice did look a little sketchy the weekend before last, it didn’t stop the 77 teams of 154 fishermen from gathering for the 12th annual tournament that takes place every year on Lake Sakakawea.
Harmon had driven from Minot to link up with his longtime fishing partner, Jay Garmann.
“I’m surprised we haven’t brought in a pike yet,” said Garmann as he peered around his camouflage curtain to look outside.
With windless tip-ups that could be seen scattered throughout the lake last Saturday, one thing was certain. Harmon and Garmann had done their homework as the two men were tucked away from the rest of the teams in an icehouse that was sitting unusually shallow with a bucket piled nice and high with a school of large crappie they had caught earlier that morning.