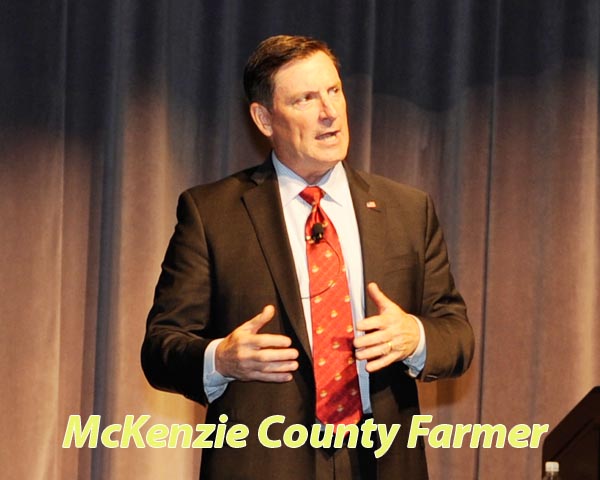 It was on Tuesday, Sept. 11, 2001, when Lt. Col. Robert J. Darling was going about his usual day of doing his job at The White House when a phone call came in.
“It was President Bush giving the shoot down order of United Flight 93 on behalf of the President’s Emergency Operations Center (PEOC),” recalls Darling as he addressed the North Dakota Firefighter’s 135th Annual State Convention in Watford City on May 31.
At the time, Darling was inside of the Eisenhower building adjacent to the west wing when 9/11 happened.
“On 9/11, I was part of The White House Military Office. I was in the Airlift Operations Department,” says Darling.
After the Pentagon was struck by one of four hijacked American passenger planes at 9:37 a.m., they evacuated The White House. On that fateful day, two other hijacked passenger planes had been flown into the north and south towers of the World Trade Center in New York City.
“The moment that we lost the south tower of the World Trade Center was at 9:58 when the center collapsed. At 10:28, we lost the north tower,” says Darling. “Those moments are something I’ll never forget.”
Darling ended up going underground as he performed his airlift operations duties, and proceeded to get between Vice President Cheney and the Pentagon.
“I basically ended up becoming his military liason as he was taking the necessary steps to defend America ordering the military to shoot down airliners that were not complying to military instructions,” says Darling.