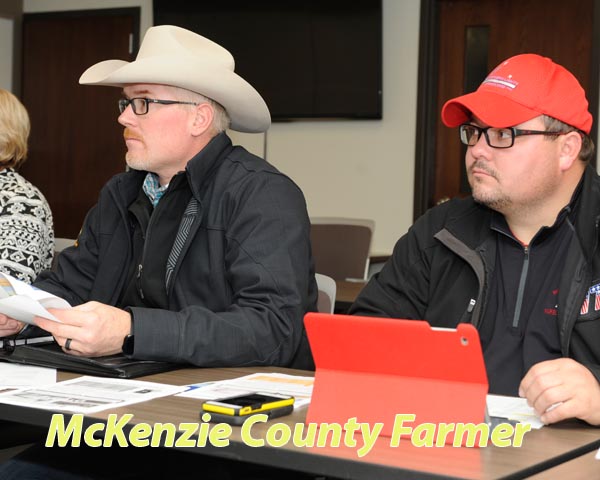 As the North Dakota Legislature, which went into session on Jan. 3, begins looking at where to spend money, Watford City and McKenzie County officials are saying that as the state’s oil industry continues to expand that there are still many needs that need to be met locally.
“People in the eastern part of the state think that we are getting a good deal,” states Tom McCabe, McKenzie County Board of County Commission chairman. “But we’re not. We are barely getting by.”
What McCabe is referring to is the amount of money that the state returns to the county in gross production taxes (GPT) from the oil and natural gas produced from wells operating in McKenzie County.
“When it comes to building and maintaining roads, as well as building other infrastructure that serve the growing oil industry, as well as the rest of the county, the money has to come from the GPT payments that we receive,” states McCabe. “We need to have our fair share of those funds returned to us.”
According to McCabe, in addition to the hundreds of millions of dollars that McKenzie County has invested in GPT funds over the past several years in roads and infrastructure, over the next five years, the county still needs to spend over $300 million just in roads. And without GPT payments, those new road improvements can’t be made.
What McCabe and city officials want the North Dakota Legislature, as well as other state residents, to understand is that the money that is invested in McKenzie County and Watford City benefits all of North Dakota.