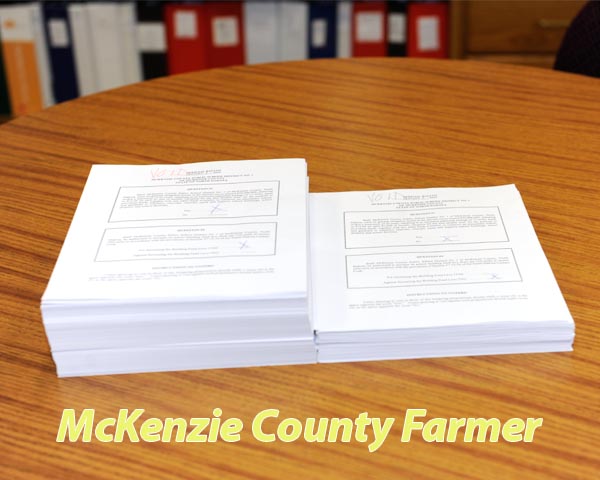 By an overwhelming show of support, McKenzie County Public School District No. 1 voters approved two ballot issues in a special school election on Tuesday, Jan. 8, that will allow the district to add additional facilities to meet enrollment growth.
Voters approved the first question on the ballot, which was asking for a $35 million bond to construct a second elementary school in Watford City, by an 80.3 percent approval  with 676 voters casting a yes vote compared to 166 no votes.
The second question, which passed with a 71.3 percent approval vote, asked voters to increase the school district’s building fund from the current 10 mills up to 20 mills to fund future building needs. Six hundred people voted in favor of that question, while 235 voted in opposition to the building fund mill levy increase.
“I’m pleased with the 80 percent vote for the construction of the new elementary school,” stated Steve Holen, district superintendent. “It shows the strong support that the school district has within the community. An 80 percent approval vote is a very solid number.”
Holen acknowledges that the approval on the second question, which gives the school board the flexibility to increase the district’s building fund levy to meet future growth needs, was a leap of faith for voters.