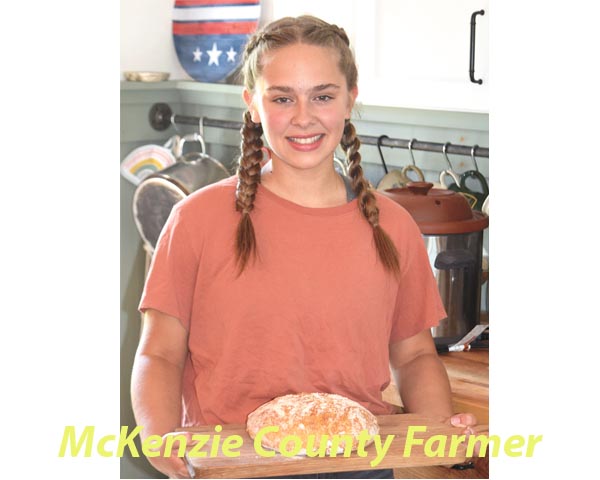 We all have foods that we hate and debate, but almost everyone loves good bread. Let’s face it, few foods compare to a fresh-baked loaf of bread being pulled straight from the oven.
With a smell that stirs your senses and a taste that soothes your soul, good bread has a way of bringing people back to life, even in the wake of heartbreak, making it easy to see why it’s everyone’s favorite guilty pleasure.
When 15-year-old Anja Litteral of Arnegard began contemplating ways to earn money, she knew she needed to make some “dough” to buy the things that she wanted. Little did she know, making homemade dough for bread would be her ticket.
“Anja was initially frustrated with her lack of money because she wanted to buy her siblings birthday presents,” says Clara Litteral, Anja’s mother. “She was like, I need ways to make money.”