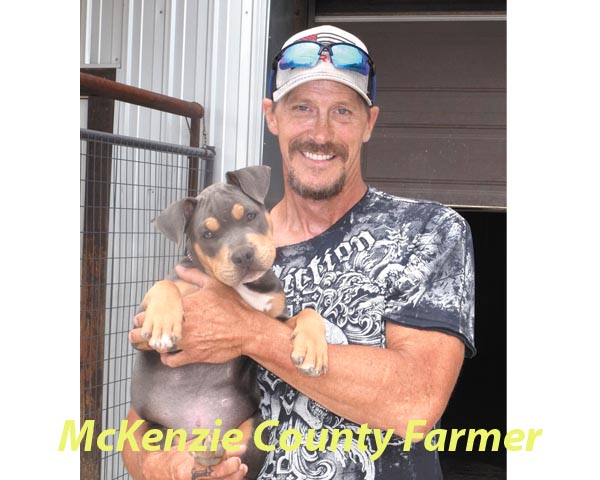 After being jailed, hospitalized and institutionalized, Doug Jore saw no escape from the iron gates of prison after years of paying the penalty for his drug and alcohol abuse that coincided with his reckless behavior.
Following a diagnosis of schizo- affective disorder at the age of 35, it would finally explain Jore’s lifelong quest to escape. But it would be years before he stopped trying. Today, he is taking it one day at a time as he hopes to continue living a clean and sober life on the right side of the tracks.
Recently, life may have come full circle for Jore when he came across the opportunity to adopt a pit bull puppy named Dually. The young pup had been brought into the boarding kennel where Jore works at the Watford City Veterinary Center after being seized by local law enforcement during a drug raid.
“I fell in love with him when I saw him,” Jore says. “He would’ve had to go up for adoption or get put to sleep if nobody adopted him.”