Local cat house could use support 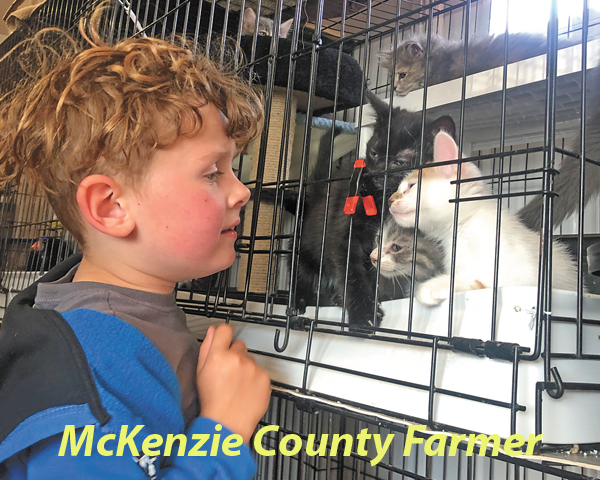 “They were doing so well and then all of a sudden, they went downhill. It’s just failure to thrive,” says Ardith Favorite, of losing four kittens back-to-back after being bottle fed. “It breaks my heart.”
Failure to thrive. That seems to be the ongoing theme of Angel’s Wish these days. It’s a registered 501c3 non-profit cat rescue that Favorite started a few years ago in an effort to combat an overpopulated cat problem in Watford City.
In its height, the oil boom brought with it many people. Those many people in turn brought many animals. Animals that they didn’t keep.
It became a common thing in Watford City. People who sought pets as a cure to their temporary loneliness became overburdened by the responsibility of raising a pet. So they left them, high and dry, in Watford City.
Eventually, the classic case of conditional love meant pet owners were  nowhere to be found, but their animals were. And they bred and multiplied to a point that Watford City had a problem on its hands within several years. All due to irresponsible and negligent pet owners.
Realizing the problem wasn’t going to fix itself, Favorite stepped up and thanks to her efforts, today, the organization has trapped, neutered and adopted close to 1,000 cats.
But it’s a small dent in a big problem.