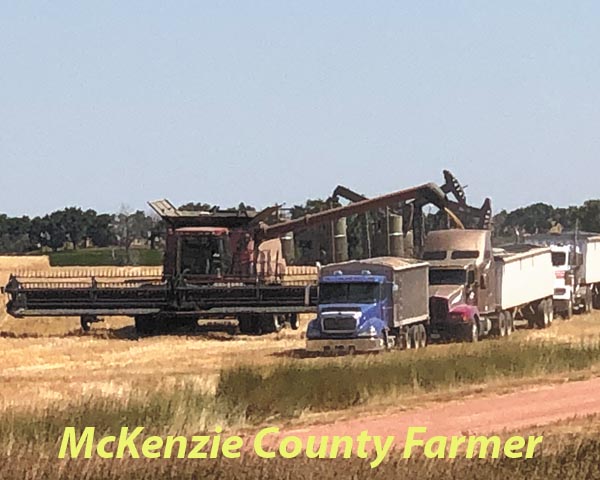 At the start of the year, if you would’ve asked local farmers what to expect of the upcoming summer harvest, they probably would’ve winced. Thanks to an abundance of moisture brought on by back-to-back blizzards followed by more snowfall and precipitation as of April, they knew Mother Nature would have their crops in safekeeping.
“I’m plum happy with what I’m harvesting to yields,” says Howdy Lawlar, who farms north of Watford City.
Lawlar’s harvest this year includes spring wheat, durum, and something that comes to fruition a little later in the year - soybeans.
“That’ll be a later crop,” he says. “Soybeans are more of a fall harvest crop.”
As soybeans start reaching maturity in late September, the value a soybean yields relies heavily on the moisture it contains throughout the process from start to finish. Which means the timing for when it is planted and harvested is critical.