Long X Bridge to be open by November 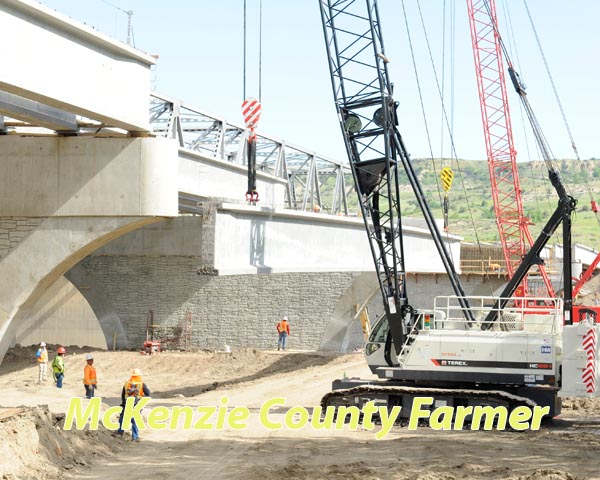 With 95 percent of the substructure work accomplished, work on the new Long X Bridge is moving rapidly forward. Last week Ames Construction crews were using two cranes to place the precast girders onto the substructure.
“We’re setting on span 2,” states Tyler Davis, construction manager. “Each of the girders are 81” tall and 156 feet long and weigh 152,000 pounds. When completed there will be  60 girders in the five spans.”
According to Davis, work on the new bridge began last fall and the company is anticipating that traffic will begin to use the new bridge, which crosses the Little Missouri River 15 miles south of Watford City, by November.
“Our goal is to be completed by the end of the year,” states Davis. “And we hope to have the entire project completed by next July.”