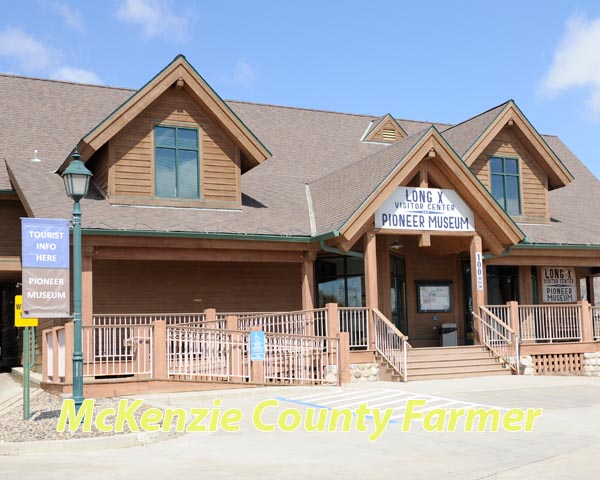 The Long X Trading Post will be hosting a 16th Anniversary Celebration from April 19 to 23, as it celebrates the cumulative, cooperative and collaborative efforts that it took to make it a reality.
Following the fall of the oil boom in the late 1980s and 1990s, Jan Dodge, Long X Pioneer Museum director, says the city explored numerous avenues of how they could rejuvenate the city of Watford City and make it more inviting to visitors. But turning that dream into reality took years to accomplish.
The Long X Trading Post finally became a reality through the collaboration of the McKenzie County Tourism Bureau, the Pioneer Museum of McKenzie County and the Watford City Community Benefit Association (WCCBA), which operates the Long X Liquor Store.
“A lot of people take it for granted and don’t understand what type of collaborative effort it took to get that done,” says Gene Veeder, a former county commissioner and longtime rancher of McKenzie County. “Some people don’t understand what we came from because they forgot or don’t know.”