Loyal to his dog until the bitter end 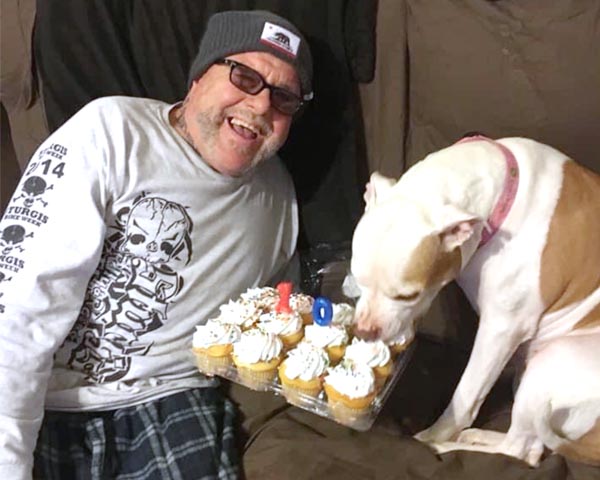 “I bought her for $200 in El Cajon, Calif., about five weeks after she was born on Dec. 7, 2005, and named her BabyGurl,” says Larry Kent, who moved from California to Watford City in 2011.
As Kent recently said goodbye to his beloved dog, she was a week shy of turning 15½. But it would be her exceptionally rare, old age that allowed BabyGurl to be around long enough to witness Kent clean up his life. Which is a miracle and dream come true for the former biker outlaw who never thought he’d see the day himself.