‘The Foxhole’ opens its doors at Fox Hills Golf Course 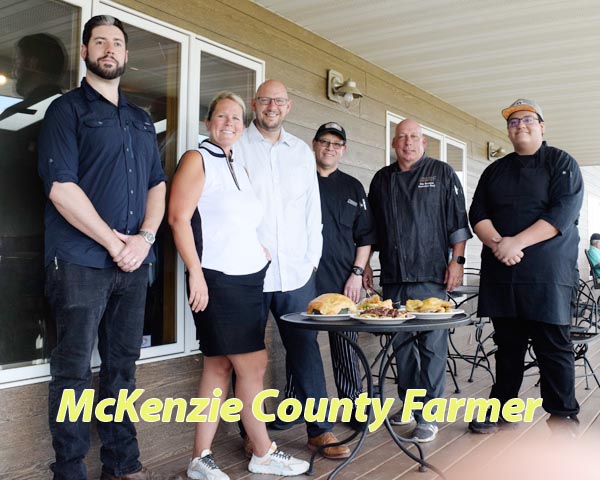 “As a kid, I would ride my bike out to the golf course and my grandpa Joe, a cool little Italian guy, was the manager and we would go in through the back of the kitchen and he would have a special of the day,” says Aaron Pelton, a local restaurant owner. “As a kid, we had a junior golf league and we’d grab a snack and whatever grandpa Joe was making.”
As Pelton is fond of his early childhood spent at Watford City’s golf course, his food infused memories played a role in serving as his inspiration to introduce The Foxhole,  a 6 Shooters’ LLC partnership, that recently opened its doors at the Fox Hills Golf Course.
“Some talks came up with different people and we had an opportunity with the downturn,” Pelton says. “So we took over the food and beverage operations.”
And when the opportunity came at a last minute’s notice, Pelton says preparations to open the restaurant were completed in the short span of a weekend.
“We were told on July 10 that we’d be good to go on Monday, July 13. So we had about 48 hours to get our ducks in a row,” laughs Pelton.