Many residents are struggling this Christmas season 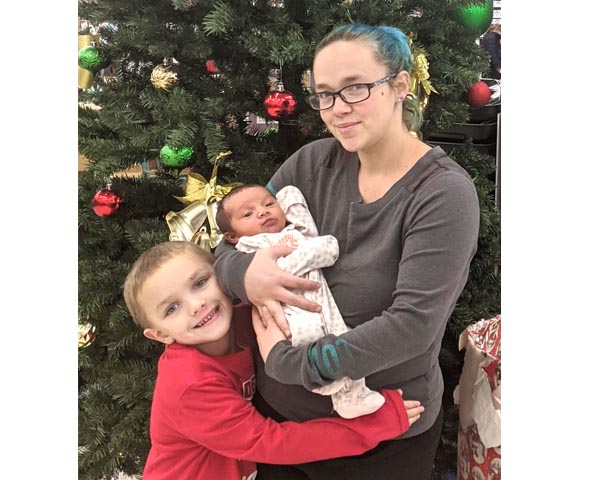 When you picture Santa Claus, he is usually seen carrying a big bag of gifts filled with needs and wants that will be magically met. But if he’s making a list and checking it twice, he may begin to feel like a single mom in Watford City.
Often going unseen and unheard into the wee hours of the night, Carly Underwood works to get the job done because that’s just what she does as a single mother of two.
After a year that felt like one huge downward spiral, the holiday season has only offered more hurdles for Underwood, who has turned to her community’s resources to help stay afloat this Christmas.
“A change of hours has resulted in less pay which has resulted in less money for bills and groceries,” says Carly Underwood, a manager at a local fast food restaurant.
Being estranged from her parents, when Underwood made the decision to come to Watford City in 2014, she had a lot to gain and little to lose.
“I knew they couldn’t pay that well in Washington,” says Underwood, of her home state’s hourly wage.
Underwood had worked her way up to be a manager at Hardee’s after being there for the last several years. But she says more recently, the opportunity to work extra hours has withered away which has made it more difficult for her to make ends meet.
“My hours have continued to get cut. Right now, I’m down by 10 to 15 hours,” she says.
On the flip side, Underwood says it has allowed for more time with her five-year-old son, Jackson, as well as her new addition, Skylar, who she welcomed on Nov. 30.
“As I got more pregnant and more tired, it felt like a stretch between work and my son,” she says.
As a single mother trying to balance paying her bills, working and taking care of her children, Underwood says local organizations have helped provide relief for her pocketbook.
“Last year, I learned about the Eagles Auxiliary’s Giving Tree,” she says. “It helped out a lot.”