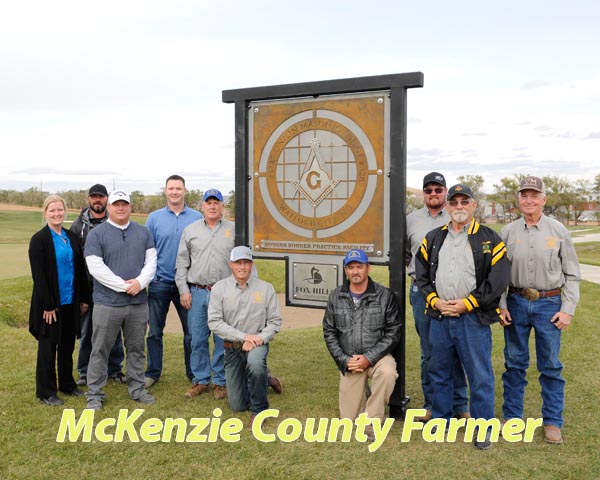 It is safe to say that Howard Bonner, who farmed and ranched in the Banks area, north of Watford City, probably never swung a golf club in this life. But his lifetime of generosity will live on at the Fox Hills Golf Course as the course has named its new practice facility in his honor in recognition of the Fort Union Masonic Lodge #128’s $500,000 donation to the course.
“Howard was a member of the Fort Union Masonic Lodge for many years,” states Winton Wold, former Past Master of the lodge and a member of the lodge’s Trust Committee. “When he passed away, as part of his will, he left a large portion of his mineral ownership to the lodge to build a new lodge building and to maintain it.”
As Bonner’s mineral royalties have grown, Wold says that the lodge, through its Trust Committee, has been able to contribute to several community needs.