More than yodeling: The art of auctioneering 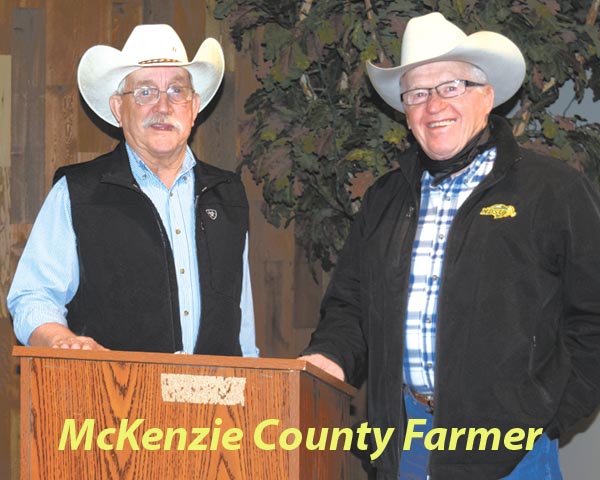 “After some of the charity auctions, I wondered if I’d ever talk again,” laughs Rick Lawlar, of his time as an auctioneer in Watford City.
As a young boy who often accompanied his dad around town, Lawlar became mesmerized by the art of auctioneering at an early age.
“There was always an auction barn in Watford City. I was fascinated by how they talked,” he says. “After the sale, they’d have a little coffee.”
But pursuing the hobby of auctioneering took a backseat for some years as making a living took precedence over having fun, Lawlar says.
“I would walk around the tractor and practice...10, 20, 30, 40...” said Lawlar, breaking out into his auctioneering voice followed by a big grin.
Though Lawlar hadn’t actively thought of pursuing the trade of auctioneering until later, his wife and dear sweetheart, Shirlene, knew him well and eventually encouraged him to look into it.
“Watford City wasn’t as prosperous back then and I was needing a job doing something and my dad really couldn’t afford to keep me on,” he says.