Mrachek: It’s time to move on 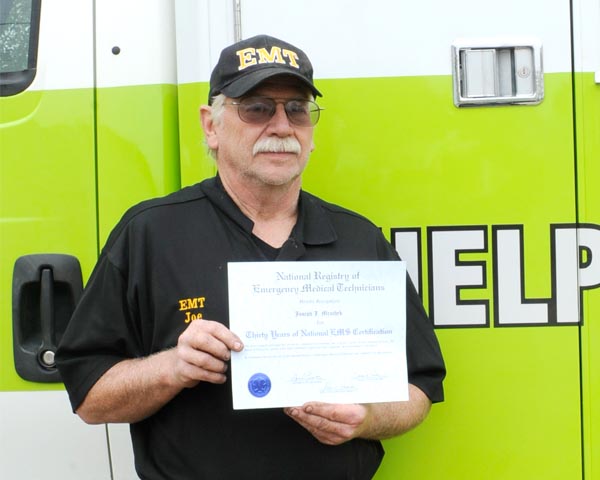 For nearly four decades, if you were to call 911 from Alexander, you’d likely have Joe Mrachek on the scene within minutes. A volunteer firefighter and first responder, Mrachek played a major part in bringing Alexander’s emergency response, with its evolution of technology and procedure, into the 21st century. A deep well of experience and dedication, Mrachek has decided to turn off his state radio and sail into retirement.
“I told my wife that I would retire as soon as I delivered a baby,” Mrachek chuckled. “So when a group of first responders and I delivered a baby on a living room floor last summer, I guess that meant my time was up.”
A McKenzie County native, Mrachek joined the Alexander Fire Department in 1981 after his time as a mechanic in the military. In 1985 he looked around and realized that no one in the department had any first aid training. He took it upon himself to attend an EMT class and soon a First Responders Department was born in Alexander.
From then on, Mrachek spent his years balancing his career between his job as a mechanic with his family and first response. He was the assistant fire chief for almost 20 years, served on the Alexander City Council for 20 years (and counting) and has been a member of the Lions Club for 30 years.