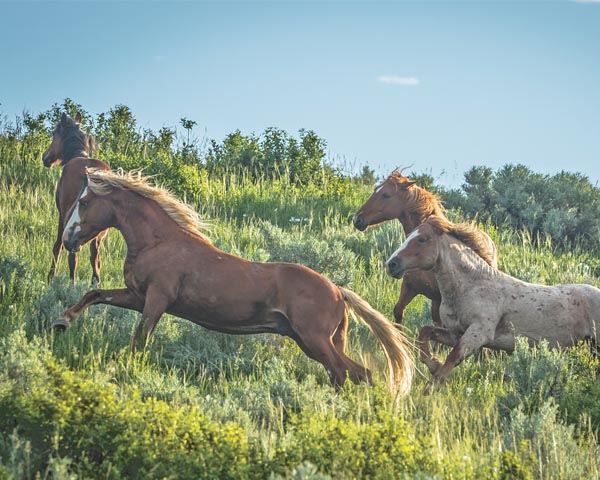 Last year, when the National Park Service (NPS) began discussing reducing the wild horse and longhorn cattle population within the Theodore Roosevelt National Park (TRNP), the first question it had people asking was, why?
Would a certain herd be moved? How many are being considered? Would it apply to both the North and South Unit? What’s the logic and motivation and ultimately, what is the goal of establishing a herd reduction program?
According to the NPS, the status quo is no longer tenable. The park service has acknowledged that the current management regime is “ostensibly guided by an outdated environmental assessment Environmental Act and implemented on an as needed basis.”