New brewery hops aboard at StoneHome 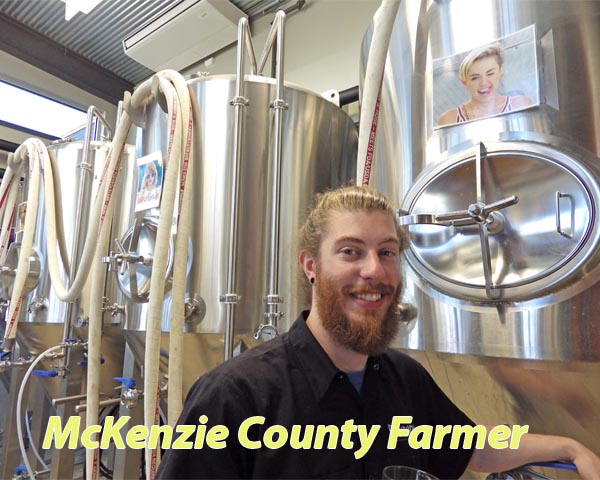 Kenny Driggers calls himself a glorified janitor.
That’s a roundabout way of describing his duties as the brewer at StoneHome Brewing Company in Watford City, from milling grain to kegging beer and sampling the product.
“If you’re brewing properly, you want to stay clean, you want to stay sanitary,” he said. “You’re taking extra care on every little step of the process.”
StoneHome’s brewery, introduced last Wednesday, April 26, with a blessing by Fr. Brian Gross and ceremonial pour by Watford City Mayor Justin Voll, currently offers five styles of ale brewed in-house, including Maah Daah Hey IPA.
The lead-up to last week’s beer premiere involved a learning curve and a lot of work, said Aaron Pelton of Six Shooters, LLC, which owns StoneHome.
From obtaining a brewer’s license to installing equipment, the brewhouse has been a labor of love.
“I hope that it’s a destination place that people want to come here and check and see what we’re all about here,” he said.
Using North Dakota products like hops grown near Carrington and grain from a Bismarck business, StoneHome’s brewery looks to keep things local, Pelton added, while serving up state pride alongside 10 other breweries in the state.