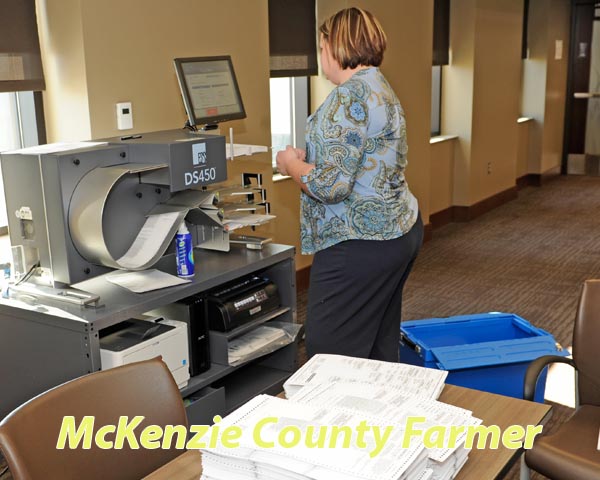 McKenzie County will have three new county commissioners following an automatic recount of the Nov. 3 General Election.
While Clint Wold and Joel Brown were clear winners in the Nov. 3 election, the automatic recount was needed to determine who would be the third candidate to the county commission.
Following the Nov. 3 vote tally, Clint Hystad held a four-vote (1,938 to 1,934) lead over incumbent Tom McCabe, who was seeking his second four-year term on the board.
As a result of the recount, which was held last Thursday and Friday, Hystad saw his lead increase to nine votes (1,941 to 1,932) over McCabe.
According to Erica Johnsrud, McKenzie County Auditor/Treasurer, last week’s recount was the first in the county’s history.