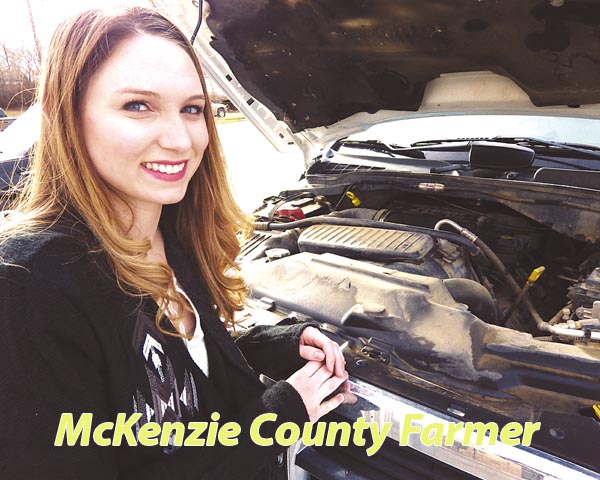 (Editor’s note: Last fall, the McKenzie County Farmer featured several new North Dakota residents heading into their first winter here. This is a followup.)
Aside from a broken heater and frozen pipes, Melinda Satterwhite’s first North Dakota winter went swimmingly.
“It wasn’t too bad for not being used to snow,” she said, adding her family was eventually able to shuffle into a three-bedroom apartment after some transitioning from their chilly home.
Satterwhite took a two-day bus ride last year from Quartzsite, Ariz., with her son, arriving in Watford City in early December to help care for her grandchildren.
“For the time being, Watford City is our home now,” she said.
Kiley Bartlett came here in early October. The Tucson woman said the Christmas Day blizzard was both shocking and exciting to her, getting to have her first white Christmas.
Between Thanksgiving and St. Patrick’s Day, Watford City received 54 inches of snowfall, Bismarck’s National Weather Service reported, including 16 inches from Dec. 25-26.
Barlett was only snowed in once, she added, not able to get her car out of its garage, but her first winter here wasn’t all that bad as what she expected.
“Definitely not what I’m used to back in Tucson,” she said, adding she obeyed the no travel advisories last season and is happy to call Watford City home. She works at the hospital and nursing home in town.