On patrol with two wheels and a bulletproof vest 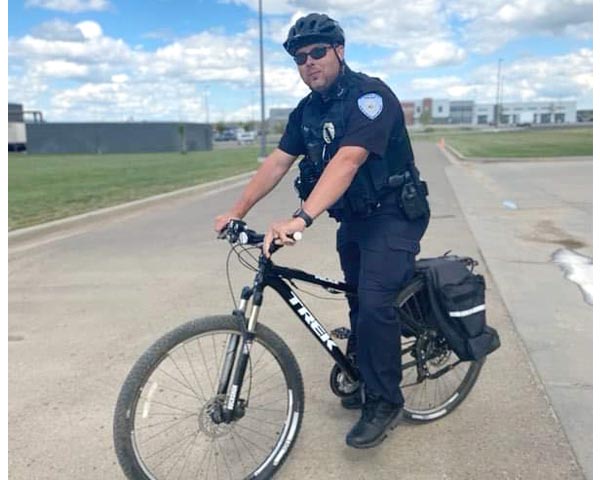 While you may not see Andy Schatz of the Watford City Police Department (WCPD) patrolling on a bike 24/7, it’s one of his favorite ways of transportation when he’s on duty in the summertime. And when he’s not in a police car, Schatz says drivers have a funny way of pushing the envelope.
“In my squad car, I’ve seen people that are going to miss the stop sign.  They see me and slow down. On a bicycle, there’s a little more hesitation, but then they just commit the violation,” laughs Schatz.
As Schatz joined the WCPD in the summer of 2018, he was soon contracted as a school resource officer (SRO) for the McKenzie County Public School District No.1 and has thrived ever since.
As Schatz spends the majority of his yearly time working diligently to protect the safety and well-being of school students, eventually school lets out for the summer and Mother Nature welcomes the officer with open arms.