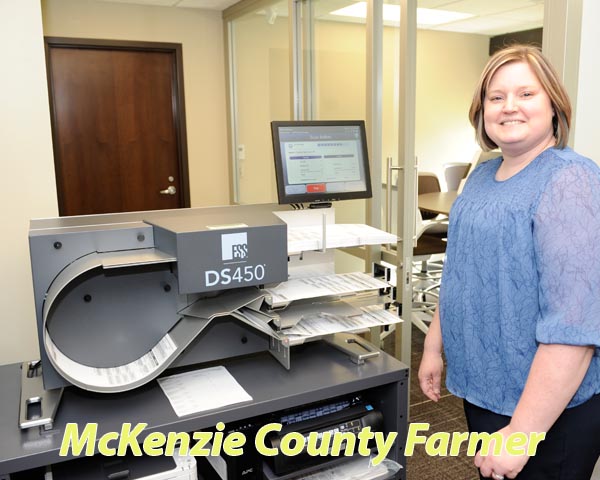 With 14 candidates running for three open seats on the McKenzie County Board of County Commission, county voters had a tough choice during the June 9 Primary Election choosing which top six candidates they would like to advance to the November General Election.
In the end, incumbent Tom McCabe was the favorite candidate as he collected 720 6otes, while Joel Brown was the second highest votegetter with 583 votes.
But the final four candidates, who will move on to the November election, were only separated by 24 votes as Craig Hystad, Clint Wold and Wayne Olson, collected 473, 468 and 466 votes, respectively, while Jeremy Olson secured the sixth spot on the General Election ballot with 447 votes.

In the only other countywide vote, McKenzie County voters turned down a measure that would have created a Senior Citizens Mill Levy by a 964 to 855 margin.
According to Erica Johnsrud, McKenzie County Auditor/Treasurer, with approximately 300 ballots still not received in her office as of last Friday, this Primary Election could set a new voting turnout record in the county.