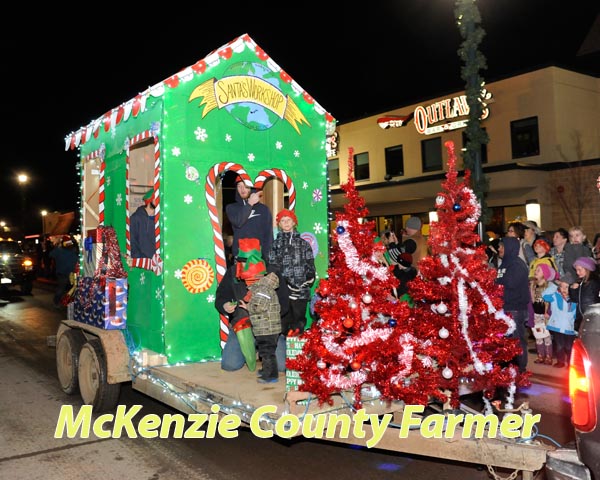 The Parade of Lights is a well anticipated and time-honored tradition in Watford City. So much so that the holiday does not begin until the parade ends. And this year is no different.
The day after Thanksgiving, Friday, Nov. 29, at 6:30 p.m., the Parade of Lights begins on Main Street in Watford City. The year’s ‘Christmas in Hollywood’ themed parade will be going both ways.
“This year, we’re going to start on the south end of Main Street and go north and then come back south,” says Mary Gumke of the Watford City Area Chamber of Commerce.
As usual, Watford City found a way to incorporate yet another way to do something different than the previous year as the parade only went one direction last year.
Gumke is encouraging the community to come out earlier than usual as lots of new happenings will be fresh on the scene this year.
“It’s a good opportunity to come down early and shop at the Long X Foundation’s Art Show being held at the Gallery of First International Bank & Trust,” says Gumke.