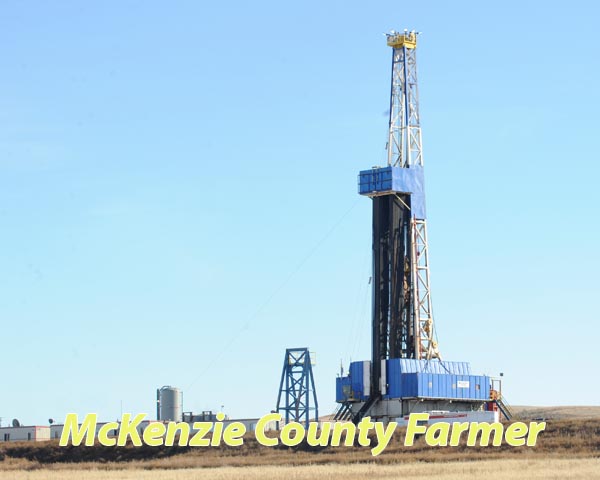 Just one month after North Dakota set records for oil and gas production, the state saw a slight drop in both commodities in September. But according to Lynn Helms, North Dakota Mineral Resources director, the blame for the drop lies entirely on a very wet September in the state’s oil patch.
“September was a soggy month,” stated Helms, during his monthly Director’s Cut on Tuesday, Nov. 19. “We were anticipating a 7½ percent drop as we had two weeks of continuous rain that resulted in counties closing roads to heavy truck traffic that service the wells.”
According to Helms, 84,000 barrels of oil per day were lost to production as a result of the rains, which amounted to a 2½ percent drop in oil and gas production.
As the state’s leading oil and gas producing county, McKenzie County saw a noticeable dip in production during September as a result of the nearly 10 inches of rain that fell.
During September, McKenzie County saw its oil production drop to 15,870,941 barrels, while natural gas production was 43,414,812 mcf. But the county is still producing close to 40 percent of North Dakota’s oil and  50 percent of the state’s natural gas. McKenzie County’s oil production is more than double that of Mountrail County, the state’s second largest oil producing county, and nearly 2.5 times that of Williams County, the second largest natural gas producing county.