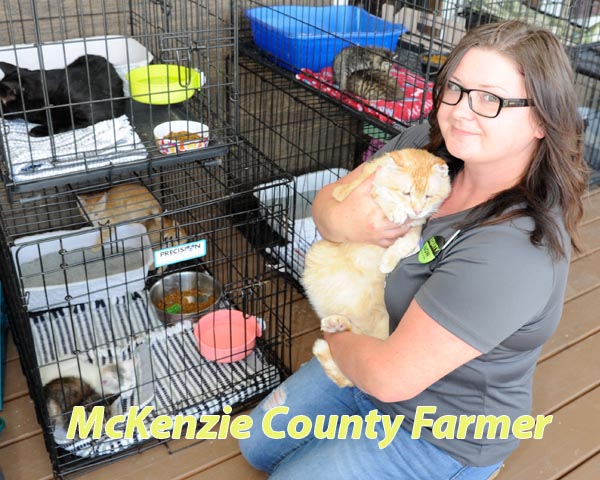 With the last several years of growth that Watford City has experienced, the growing issue of stray animals has continued. Luckily, Krystal Lapp recently stepped up to come to the rescue of abandoned dogs and cats by opening up Barkin in the Bakken.
And last week, the Fox Hills Golf Course was packed with golfers to help raise much needed money for Lapp’s 501c-nonprofit organization at the Puttin’ for Paws event, which was  sponsored by the Watford City WIN (Women In Networking) group.
“It was a golf scramble. We had 24 teams of four and we also had hole sponsors,” says Lapp.
At every golf hole players enjoyed games, snacks and other refreshments with the goal of raising as much money as possible for the Barkin’ in the Bakken.
“It was kind of like one big party every time you went to a hole,” says Lapp.
The event ended up bringing in more than $9,100 for the animal rescue, which will cover more than half of what it will take for Barkin in the Bakken to get their newly-leased building animal ready.