Watford City gearing up for Homefest 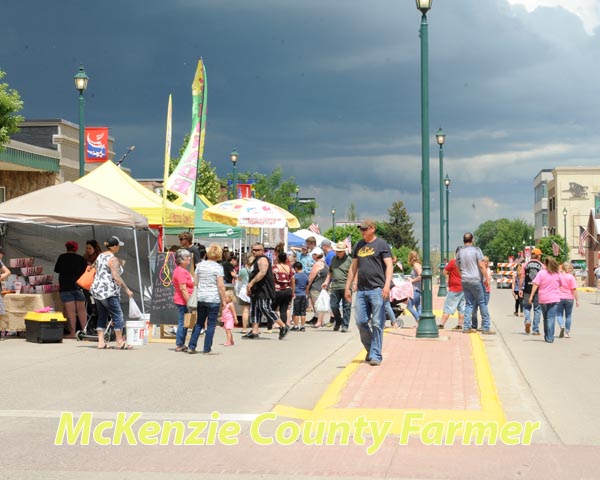 With the McKenzie County Fair  over for another year, and Arnegard’s 4th of July celebration coming this weekend, it will soon be time for Watford City to throw a party.
And that party is the ever popular Homefest, which will be coming to Main Street on July 12 and 13. Normally held the last week of June, this year Homefest and the county fair flipped dates to accommodate the fair’s carnival.
“The whole purpose of Homefest is for people to come home,” says Jessie Veeder-Scofield. “There will be class reunions for Watford City High School alumni among many other activities.”
But the event isn’t just geared toward locals looking to be reunited with former classmates and friends, it’s a family-friendly event for the entire community.
“There will be live music through the entire event, as well as free art activities, and so much more,” says Veeder-Scofield.
Among the other activities planned over the two days is an art exhibit by former Watford City resident Miles Bendixson, who will be unveiling his most recent work, tours of the new McKenzie County Healthcare Systems facility, a golf tournament, a Homefest Run, a sand volleyball tournament, as well as a baby pageant, pet parade and a fireworks display.