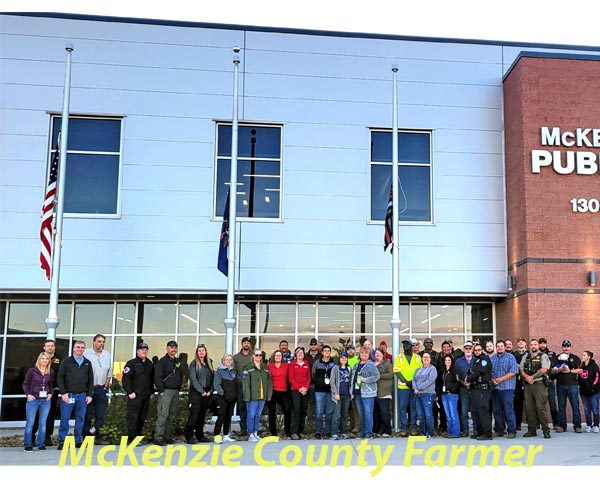 Inarguably September 11, 2001, was a day that not only changed the world, but affected all aspects of daily life going forward. On that day, terrorists hijacked two passenger planes and purposefully crashed them into the World Trade Center towers in New York City. There were additional planes crashed into both the Pentagon and in Pennsylvania. The list of casualties was beyond public comprehension. No matter how far removed a community was, this tragic event affected everyone. Karolin Jappe, the Emergency Manager of McKenzie County, remembered the horror of that day and the impact it had on her as a firefighter in Montana at the time. She spoke about how that day has stuck with her throughout her life, “I was able to participate in the 9/11 Memorial Stair Climb in Dickinson and it was a very powerful and moving experience. We were each assigned the name of a victim and we climbed in their honor...that feeling is something I will never forget.”
Mark Honstein, McKenzie County Veterans service officer, remembered being in Alaska, having just left the service. He spoke about how hard it hit the members of the military and likened it to what happened with Pearl Harbor.
Jappe recalled many of the local firefighters “Self-Dispatched,” which is what it was called when volunteer firefighters from across the country spent their own time and money to travel to Ground Zero and the other disaster locations to offer aide however they could.