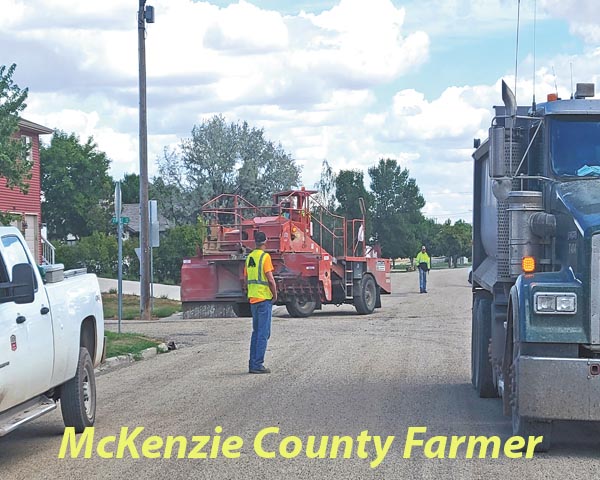 Many residents of McKenzie County have seen small signs being placed along the roadways of the area warning people to keep the roads clear during standard business hours. The signs appearing in Watford City signaled the beginning of the final stages of a road maintenance project that encompassed many areas of greater McKenzie County, as well as the cities of Arnegard and Watford City. These three areas worked in conjunction to have the roadways seal-coated to both repair the cracks that have formed from regular weathering and prevent more extensive damage from occurring.