Retail is slow in coming to Watford 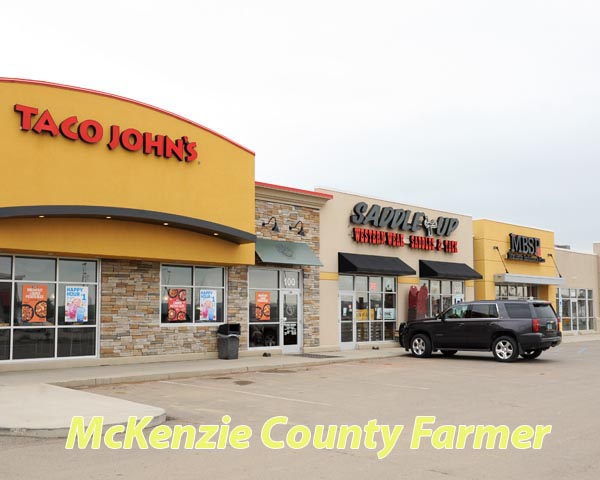 Editor’s Note: This is the second in a series of articles looking at the challenges Watford City has faced since 2012 and is facing today.

As Watford City’s population has mushroomed to over 8,000 since 2012, the question on the minds of the majority of the city’s new residents is, “When are we going to see more retail stores?”
For many of these new residents, they are used to having the convenience of having a big box store to shop at. Or having a multitude of different sit-down dining opportunities available. But as Watford City’s population has grown, many wonder why all of the new retail has been slow in coming as well.
“You have to put what the city has available in the form of retail in perspective,” states Curt Moen, Watford City city planner. “Before 2012, we had one restaurant on Main Street, a drive-in and a couple of other restaurants plus all our retail was on Main Street. Look at where we are now!”
And Moen is right. The number of restaurants and retail serving Watford City has grown considerably.
Since 2012, more than 17 new restaurants have opened their doors in Watford City, including several fast food eateries. In addition, over 13 new retailers, including several national and regional chain stores, have made Watford City home.
But if people are looking for a Walmart or some similar large box store opening in Watford City any time soon, Moen says that is not going to happen.