School gears up for more students 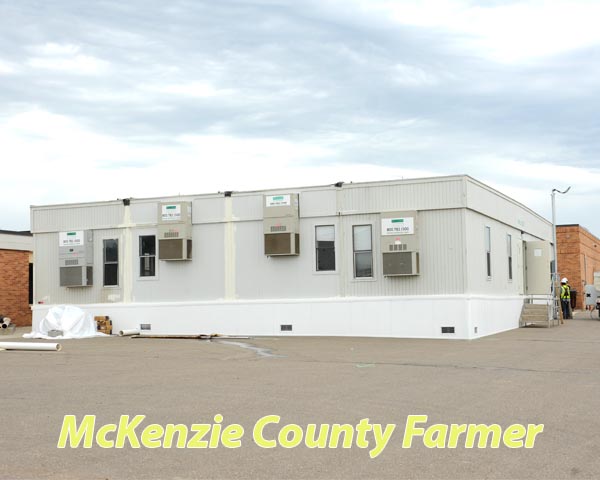 While classes won’t officially open for McKenzie County Public School  District No. 1 until Thursday, Aug. 22, the preliminary enrollment numbers are indicating that Watford City schools will see yet another year of high enrollment.
As of July 25, according to Steve Holen, McKenzie County Public School District No. 1 superintendent, the district has an enrollment of approximately 1,958 students, which is 144 students more than the district had one year ago at this time.
“We’re really close to capacity. Our official school capacity on paper is 2,000 in all three buildings and we’re going to be just shy of that this year,” states Holen.
Holen says that the district typically sees some changes in student numbers the first couple of weeks of school as some students who had registered move to another district, while other students are still registering for classes.
“In the first week of August, those numbers change quite a bit,” says Holen. “We’re expecting a class of probably 200 kindergarten students, which is slightly more than last year’s class.”
Currently, Holen says approximately 150 kindergarten students are registered for enrollment.