Snagged and tagged: paddlefish season comes to a close 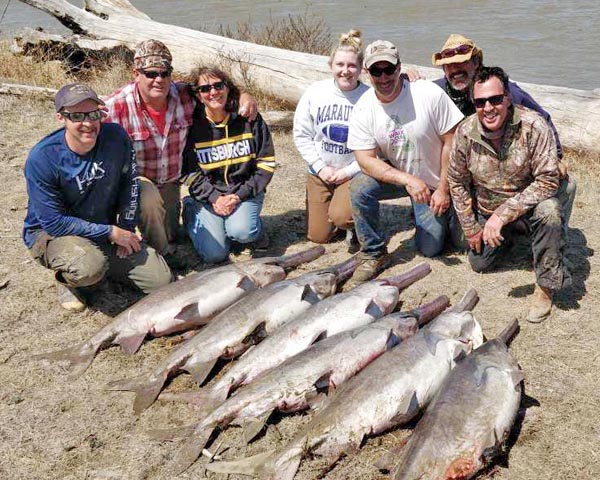 As paddlefish snagging season came to a close on May 16, Rick Pokrzywinski and his fishing buddies struck success just in time. On the second weekend of the season, everyone in Pokrzywinski’s fishing group snagged and tagged a paddlefish, except for one fisherman.
“Nine of our fish were 70 to 80 pounds. It’s the biggest all-around fish we’ve ever had,” Pokrzywinski says.
As the fishing bunch arrived at the site of a land owner’s property that Pokrzywinski has been fishing for over 30 years, he says some of them were anxious to get their hooks in the water as others spent time setting up shop.
“It was catch and release the day we got there,” he says. “A few guys did some casting and we got the camp set up.”