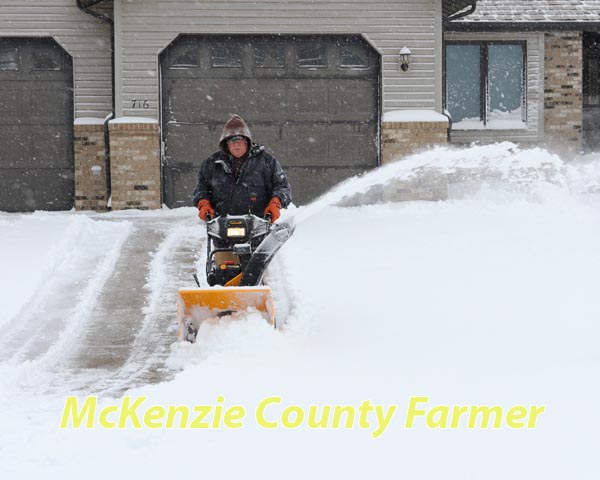 Like many motorists during last week’s snowstorm, Ashley Greenwood slid off the road.
After two men helped push her car up a hill with little traction, the Cash Wise manager slid into snow later that day near the nature pond by Bolken Park, where an older man, the first person to come by, lent her a hand.
“I’m not very accustomed to snow driving,” Greenwood, a Washington native, said, “and he gave me some great pointers and helped push me back on the road.”
The McKenzie County Sheriff’s Office and Watford City Police had their hands full with motorist assists, traffic hazard calls and crashes as the National Weather Service in Bismarck reported 11 inches of snow fell from Monday night, Nov. 28, to Wednesday night, Nov. 30.
Deputies responded to 50 motorist assists and traffic hazard calls in that time, Det. Sgt. Korey Lass said, as well as 16 crashes.