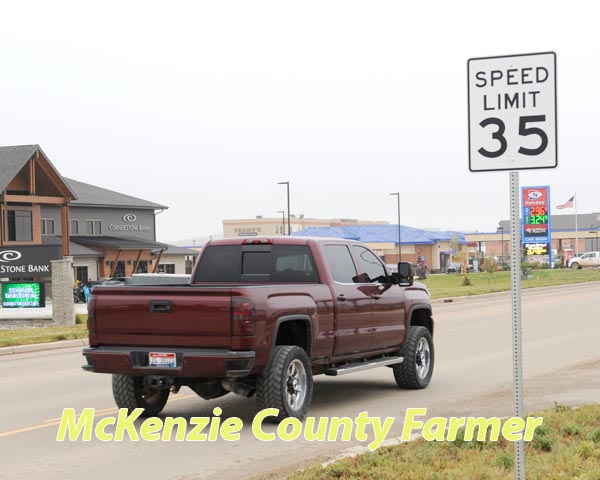 The Watford City Police Department (WCPD) announced last week that there has been changes made in the speed limit on two Watford City roads. Motorists will now get to drive 10 mph faster on portions of 4th Ave. NE and 2nd Ave. SW.
In the announcement of the changes, the WCPD stated that the speed limit changes come through a collaborative effort of the City of Watford City, the North Dakota Department of Transportation and the North Dakota Highway Patrol. After assessment of traffic throughout the city, the decision was made to adjust speed limits on only 4th Ave. NE and 2nd Ave. SW.