State’s oil output expected to fall as winter sets in 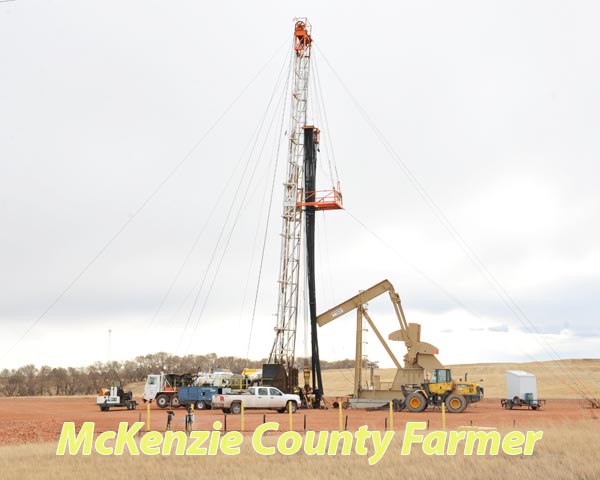 While North Dakota and West Texas Intermediate oil prices have climbed back to over $50 a barrel, Lynn Helms, North Dakota Department of Mineral Resources director, expects to see the state’s oil production to slowly drop over the next few months.
“That’s what we were expecting to see,” stated Helms, during his monthly Director’s Cut on Friday, Jan. 15.
Helms says that while North Dakota’s winter has been relatively mild so far, the high winds have posed a challenge for the oil industry.
“It’s hurricane season in North Dakota,” stated Helms. “The high winds have so far limited fracing and you can’t do work-overs on wells. And operating drilling rigs is a problem as moving pipe in and out of wells is an issue with the winds.”
During the month of October, Helms says that the state saw a negligible 6,500 per barrel per day drop in oil production, which amounted to nearly a 1.4 million barrel drop in oil.
As the state’s largest oil and natural gas producing county, McKenzie County also saw a drop in production with the county’s 4,611 active wells still producing over 40 percent of the state’s oil and over 53 percent of North Dakota’s natural gas.
“Prices are significantly better than they have been,” stated Helms. “We saw a $6 increase in North Dakota oil prices this week and West Texas Intermediate was up about $5 a barrel.”