To fight is to win for young boxer 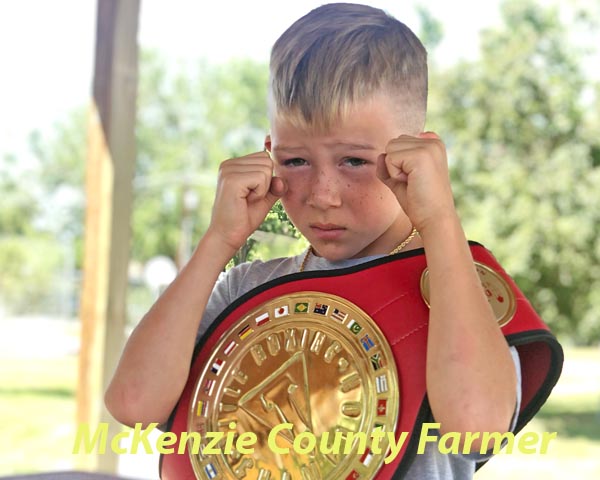 “When I won the fight I was like,  wow - I never knew I could beat him. I thought I was dead meat. But then I won,” says Jett Taylor, a Watford City USA amateur boxer.
While most young boys are drawn to sports like soccer, karate, or baseball, there are some boys that are built like Jett. And those boys are boxers.
As the 8-year-old recently won his first boxing match during the “Clash at the Coliseum” at the Three Nation Boxing Club in Minot on June 26, he’s just getting warmed up.