To the few who bleed red, white and blue 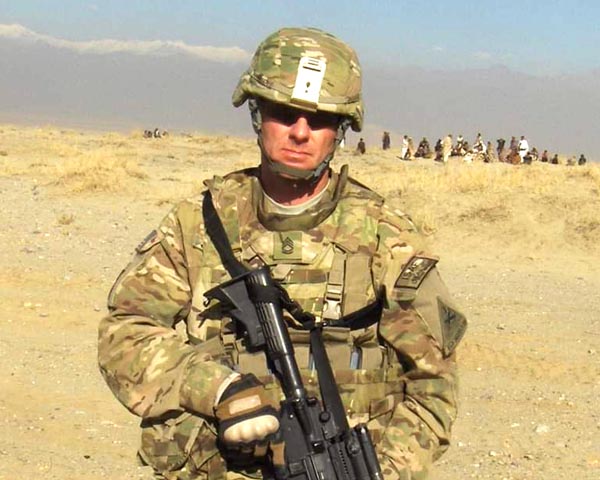 It was a hot, sunny day in southern California when a young Joseph Johansen walked up to the recruiting station and enlisted in the U.S. Army at the fresh age of 18 in September of 1988. As a young man on the cusp of adulthood, Johansen felt pleased to finally carry out his lifelong dream of living out his father and grandfather’s legacy who had also served in the Army.
“I always wanted to serve ever since I could remember. That was always my career choice,” says Johansen, who now calls Watford City home.
As Johansen adjusted from his kick-back life in Carson, Calif., to begin his journey of climbing the ropes from Army boot camp at Fort Leonard Wood in the Missouri Ozarks, it was not a difficult transition for the 18-year-old who experienced his first promotion within six months of enlisting.
And it wouldn’t be long before Johansen received his first deployment mission to Desert Shield/Desert Storm in 1990.
As Johansen continued to climb the ranks of the military world, he eventually made his way to Hohenfels, Germany, a duty station he considers his favorite.