Watford readies for “Pick Up the Patch” 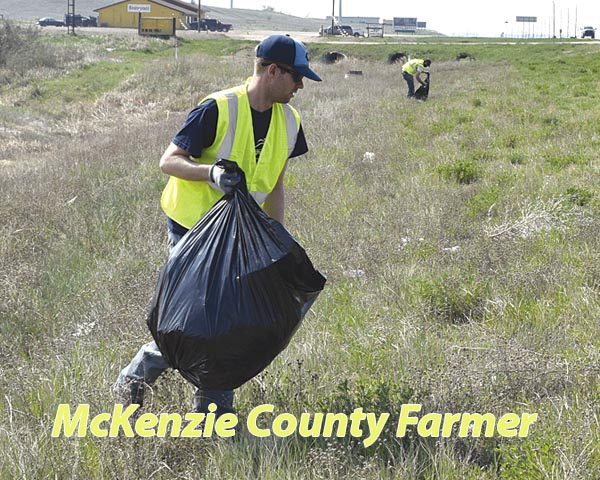 With spring’s melting, the snow may be gone but months of trash remain along road ditches.
To tackle the debris, Pick Up the Patch returns for another cleanup week May 1-6, seeking volunteers to beautify the Watford City area and other corridors in McKenzie County.
Karen Holte, who with JoLynn Pelton helped to organize the first years of Pick Up the Patch since 2012, has stepped down from leading the charge, but the problem remains.
“The dirtiest time of year is when the snow melts,” she said.
Kylee Roff is helping organize this year’s efforts, culminating in a big clean-up day starting at 9 a.m. Saturday, May 6. Volunteers will meet at the Watford City Civic Center.
Businesses, churches and neighbors are encouraged to lend a hand. Some workplaces, like Dakota West Credit Union and Whiting, have sent out rafts of employees in years prior to help the cleanup, Holte said.