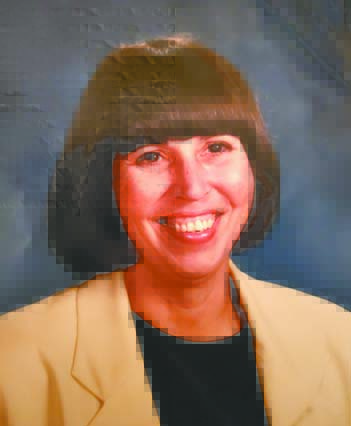 Bev was born to James and Carrie Jewell on Oct. 31, 1946, in Dickinson, N.D. Because it was on Halloween, her birthday was always a party. She grew up on the family ranch north of Watford City, N.D., which was her grandfather Pete Johnston’s homestead. She attended Signal School, a one-room country school through fourth grade. Then with the arrival of the school bus, she attended school in Watford City. She was very active in 4-H and each year prepared several projects to exhibit at the county fair. She was baptized and confirmed at First Lutheran Church in Watford City. During these years on the ranch, her two younger sisters, Mary and Marjorie, were born.
Her family moved to Missoula, Mont., when she was in grade 10. There she finished high school, graduating in 1964. She was active in speech and debate and was selected for National Honor Society.
She attended the University of Montana in Missoula for three years. Here she met the man she would marry, William Terry from Wolfpoint, Mont. Immediately after their wedding, they moved to Canada. Bev attended the University of British Columbia and graduated with a degree in education. She taught in elementary schools in the Vancouver, BC, area for several years. Even her summer vacations were filled with teaching as she served as a counselor at a camp on an island near Vancouver. For a few years she left the classroom to work for a textbook company. This work entailed traveling to all provinces of Canada visiting schools and working with teachers.
Wanting to further her education, she enrolled in Simon Frasier University in Vancouver and earned her Master of Arts degree. Bev later served as a Faculty Associate and Coordinator of the Teacher Education Program at SFU.
A move up the coast brought Bev to the coastal community of Sechelt. In her tenure with the Sunshine Coast School District, Bev served as principal and vice-principal at the high school in Sechelt and as principal in a number of elementary schools. She also provided much valued leadership in her roles as District Principal of Student Achievement and District Principal of Curriculum. Colleagues and students both were inspired by her immense support and innovative approaches.
She chose to retire in Sechelt, the community where she had lived and worked for nearly 20 years. She especially enjoyed a close group of friends with whom she took daily walks along the beach. She belonged to two book clubs and was never without a new book to read. In her own words, she had read at least one book a week since she was five years old.
Always wanting to encourage children to read, she developed the Christmas Book Tree project in conjunction with the local Sechelt bookstore where people could gift a book to young children. This project will be continued in her name. All memorials will be directed to this program.
Sadly she succumbed to a rare neurological disorder, Creutzfeldt-Jakob Disease or CJD. She died peacefully in her sleep on Sept. 29, 2021. Ashes will be inurned next to her husband in the Wolf Point, Mont. cemetery.
Bev is preceded in death by her parents; and her husband. She is survived by her two sisters and their families, Marj Dahlstrom of Spokane, Wash., and her son, Andrew of Redwood City, Calif., Mary of Watford City, N.D., and her three children, Jessica Saylor, Bigfork, Mont., (Dawson, Gavin), Nicole Saylor, Kalispell, Mont., (fiancé Casey Thompson), and Shayne Saylor and his wife Ashley, Watford City (Braxton, Ryder).