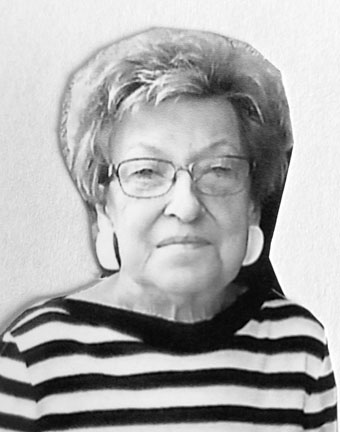 Cheryl Ruth Haugen Bakke passed away on April 17, 2021, at home hospice in Sandy, Utah. She had suffered from Crohn’s disease for many years and more recently from kidney failure.
Born on Sept. 9, 1942, she was the daughter of Nora Granlie Haugen and Hans Haugen of Arnegard, N.D. After being active in the Arnegard school and after she graduated, she moved to Williston, N.D., where she worked at American State Bank. While there, she met many lifelong friends and the love of her life, Curtis Bakke.
They were married at Wilmington Lutheran Church in Arnegard and then lived in Williston until moving to Murray, Utah, and then, Sandy, Utah. In August they would have celebrated their 60th Wedding Anniversary.
Their first child, Ricky, was born in Williston. Ricky died before coming home from the hospital. Their son, Steve, was also born there. After moving to Utah, Cory, Stephanie, Scott, and Sherrie completed their family.
They formed a family business for which she was an active partner until retiring to Mesquite, Nev., partly because of her health. She loved cooking for family and friends and kept photo memory books for each of their children. She also enjoyed entertaining their five grandchildren, Courtney, Caysie, John, Cayden and Cameron and two great-grandchildren, Alayna and Demi.
She is survived by Curtis, her husband of 59 years; and her four children; Steve’s wife, Cari; five grandchildren; and two great-grandchildren; her sister, Norene Gorder, Williston, N.D.; and her brother, Loren (Linda) Haugen, Bismarck, N.D.; as well as a brother-in law and sister-in-law, Jerome and Marilyn Bakke of Grand Forks, N.D.; and many nieces and nephews.
She was preceded in death by her parents; son, Ricky; and daughter, Stephanie (8-11-2016); and her sisters, Linda Dewey and Holly Stovall; half-sister, Ruth Carns; and half-brothers, Harold Haugen, Maurice Haugen, Clarence Haugen; and Lawrence Haugen; and brother-in-law, Lowell Bakke.
As per her request her remains are being cremated. A celebration of her life is planned for June 5 in Sandy, Utah.