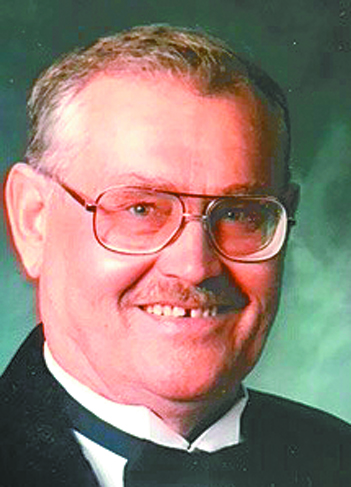 LeRoy S. Sandau died at home at the age of 84 years young on April 2, 2021. LeRoy was born to Emanuel and Margaret Sandau on Dec. 12, 1936. He was one of 11 children raised in and around Beulah and Zap, N.D. He enlisted in the United States Army in 1955 and completed his basic training at Fort Chaffee, Ark., and the remainder of his enlistment he served his country in Korea.
In 1957, he moved to Poplar, Mont., to work for Western Oil Well Service and this is where he met his soon to be wife, Sharon Moran. They were married Dec. 31, 1960. LeRoy moved around the oilfields of the west with his family in tow, until November 1970 when he went to work for Black Hills Oil Marketers as a mechanic in Gillette, Wyo. He worked his way from mechanic to District Foreman of BHT’s Gillette operation.
In 1980 the Williston Basin oil boom was in full swing and BHT’s fleet in Watford City, N.D., was expanding at a rapid rate. They needed a special man that knew maintenance and trucks. LeRoy was called upon to fill those shoes. Through his leadership the fleet ran smoothly and he helped design, oversee construction and move into a new facility on the east side of Watford City.
In 1988, LeRoy was once again called to take over a key position for BHT. He moved to Casper, Wyo., as Superintendent of Maintenance for all of Black Hills Trucking’s Equipment where he oversaw the smooth blending of BHT and Getter Trucking Maintenance departments. He was a credit to the True Companies. Loyal, honest and straightforward. Retiring in 2002 you could find LeRoy working on cars and occasionally strumming a guitar.
LeRoy is survived by his wife of 60 years; 3 daughters, Vickie (Randy) Haynes of Gillette and their children, Jennifer, Michael, Mason, Desiree and Jillian, Brenda (Jim) Clifton of Fargo and their children, Brandon, Chelsea, Alex and Christian, and Sherri (Dave) Rumminger of Castle Rock and their son Ben; two brothers, Gordon (LaVonne) Sandau of Bismarck, N.D., and Vern (Diane) Sandau of Billings, Mont.; and 9 great-grandchildren.
Services were held on Friday, April 9, 2021, at 2 p.m. at Prince of Peace Lutheran Church, 2300 East 15th Street, Casper, Wyo. Condolences/memorials can be sent in care of Bustards & Jacoby Funeral Home, 600 CY Avenue, Casper, WY 82601. Memorials may be sent to Prince of Peace Lutheran Church.