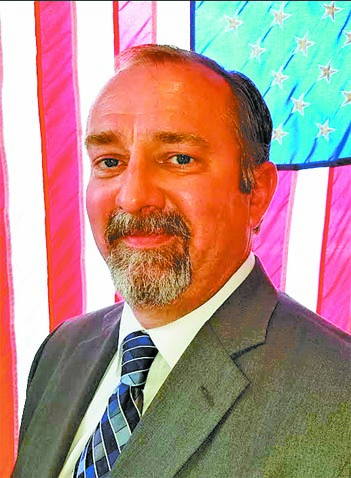 Gregg LeRoy Schuetze, 51, of Watford City, N.D., went to be with Jesus on Dec. 10, 2022. Gregg had a heart attack and died at home.
Gregg was born on July 14, 1971, in Glasgow, Mont., to Larry and Donna (Renner) Schuetze. Gregg became a big brother in 1973 when brother Joel was born and sister Jennifer arrived the day after his birthday in 1975. In 1976, the family moved from Glasgow Air Force Base into Glasgow, Mont. In 1980, the family moved to Colstrip, Mont. After graduating from Colstrip High School in 1990, Gregg moved to the Tri-Cities, Wash.
In 1991, Linda Kueneman came into Gregg’s life along with her kids, David (5 years) and Christina (6 months). The privilege of being a daddy was one of Gregg’s greatest honors in life. During this time, Gregg began working in the construction industry installing windows and insulation. In 1997, Cameron was born to Gregg and Linda. Gregg and Cameron had such a special bond, similar sense of humor, and the way their brains worked. That bond was never broken, even after Linda moved back to Arizona with the kids in 1999.
In 2001, Tim Cray introduced Gregg to Jesus Christ. Gregg gave his heart to Christ and was baptized on Nov. 14, 2001, 30 years to the day from when he was christened. In 2003, Gregg received certification in 3/8 welding from Columbia Basin College in Pasco, Wash. Soon after, Gregg began his career as an electrician.
In 2006, Gregg met Melody Irish at the Kennewick Church of the Nazarene and they were married at the same church on Nov. 24, 2007. In 2009, Gregg opened Grand Electric. Then in 2010, Gregg and Melody’s daughter, Shylee was born. In 2012, Grand Electric closed. After Gregg finished a temporary job, he told Melody, “I think I’m supposed to go to North Dakota,” to which Melody replied, “Well, you better start packing.” A week later, Gregg headed for Williston, N.D. He applied for a job with a company that had 30-plus years of work in Western North Dakota, but he had not heard back yet. Gregg stopped to visit family and friends on his way across Montana. While at his uncle’s farm in Montana, Gregg got the call he had the job. Gregg fell in love with the city of Watford City, he told Melody about it and asked her to start packing to move there. Six weeks later, Gregg, Melody and Shylee packed a fifth wheel camper and headed to North Dakota. The first place Melody and Shylee set foot on was in McKenzie County by the Little Missouri River. It was the height of the oil boom, many people coming and going. A local asked Gregg what his plan was, to which he replied, “I don’t know, I’ll ask God.” God told Gregg that they would be in Watford City for generations and he and Melody would be buried there.
In the autumn of 2010, Gregg opened Watford Electric to serve residential and commercial customers. Gregg had lived in Colstrip during their boom and had gone back to visit to find streets with concrete slabs where mobile homes used to be. Gregg strove to provide quality service to customers that were being overlooked by other companies, not overcharge anyone, and wire stick-built houses. In 2015, Gregg, Melody and Shylee moved out of the camper into a house Gregg worked very hard to renovate.
Gregg was feeling called to public service, so he ran for city council. He did not get elected, but he was appointed by the mayor to serve on the city Planning and Zoning Committee, which he was still on at the time of his death. Gregg also ran for mayor three times. Gregg was a part of the North Dakota State University Extension Service’s Rural Leadership North Dakota (RLND) Program 2015-2017 class, which was a wonderful time for him!
In 2016, daughter Elizabeth was born, and the next day Gregg caught a flight to Minneapolis, Minn., to meet up with his RLND class. In 2017, son Caleb was born, Watford Electric closed, and Gregg went to work for another electrical contractor. Gregg began serving on the McKenzie County Economic Development Board; he was currently serving as president. In 2019, son Carson was born, Gregg joined the Watford City Volunteer Fire Department, and went to work for JJ Electric. That autumn, Gregg got a construction loan to finish the house and had to step away from serving as a firefighter. The construction work consumed Gregg’s time for a year-and-a-half as he worked evenings and weekends to finish the house. In April 2020, Cameron moved to Watford City, and they would work together on the house. Electrical work is hard on the body, and Gregg decided to begin training to become a life coach in 2021, so he could transition out of the construction industry. Gregg’s purpose in life was to help each person live the life of their dreams.
Gregg is survived by his wife, Melody; son, David (Tanya Cramer) Kueneman of Glendale, Ariz.; daughter, Christina Richter of Glendale, Ariz.; son, Cameron Schuetze of Watford City, N.D.; children, Shylee, Elizabeth, Caleb and Carson Schuetze of Watford City, N.D.; grandchildren, Harley and Makenna Cramer, Zachary, Lucille and Hayden Ritcher; mother, Donna Petersen of Billings, Mont.; brother, Joel (Brandi) Schuetze of Forest Grove, Ore.; sister, Jennifer (Brandon) WhiteCrane of Kennewick, Wash.; aunt, Barbara Wolski of Kennewick, Wash.; uncle, David (Susan) Renner of Nashua, Mont.; aunt, Noela Cusker of Huntley, Mont.; and other family members.
Gregg was preceded in death by his father, Larry Schuetze; uncle, Larry Renner; and other family members.
In lieu of flowers, memorials may be made to the Gregg Schuetze Memorial Account at First International Bank & Trust.
Gregg’s Memorial Service was held on Saturday, Dec. 17, 2022, at 1:00 PM at the Watford City Assembly of God in Watford City, N.D. Apostle Barb Becker officiated. Gregg will be laid to rest on August 12, 2023.
Fulkerson Stevenson Funeral Home of Watford City is caring for the family. Condolences may be left on their website at www.fulkersons.com