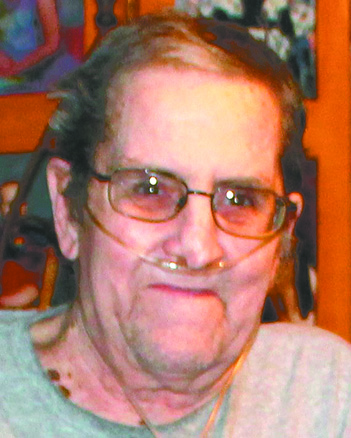 Jerry, age 73, passed away on Sunday, Feb. 7, 2021, at his home in Gillette, Wyo., surrounded by his family.
Jerry was born on July 18, 1947, in Waterloo, Iowa. At the young age of 10, he went to work at his family’s construction business. After graduation, he moved to Minneapolis, Minn., where he met the love of his life, Sharon, in 1965. They were married on Dec. 30, 1966. Shortly before their marriage, Jerry was drafted into the U.S. Army where he honorably served for two years. Soon after his honorable discharge, they welcomed their son, Blair. In 1970, they welcomed their daughter, Michelle. Jerry continued to work in construction in Minneapolis. He later left construction and started his 40-year career as a foreman for the lumber yard business.
After retirement, Jerry stayed home and assisted Sharon in caring for numerous individuals with special needs. Jerry was known by many as a very hard-working man. He was also known as a proud man. He taught his children to work hard and provide for their families. Jerry was very proud of his family. He was a very honest and blunt person to a fault. Jerry was a loving, caring family man.
He is survived by the love of his life and best friend, Sharon Schwartz; his children, Blair (Becca) Schwartz and Michelle (Rick) Schreiber; grandchildren, Christopher Schwartz, Tyler Chaney, Brandon Schreiber and Mikayla Kinsinger; great-grandchildren, Flynn and Florence Schwartz; and mother-in-law, Wanda Heining.
Jerry is preceded in death by his parents; his father-in-law, Martin Heining; sister, Linda Davis and his grandson, Tristan Schomer.
Memorials and condolences may be sent in care of Gillette Memorial Chapel 210 West 5th Street, Gillette, Wyo. 82716. Condolences may also be expressed at www.gillettememorialchapel.com