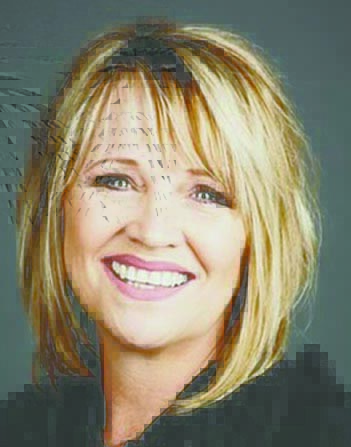 Naomi Rae Rossow graced this Earth on April 3, 1961. She was born to Noral and Sonja Haugen of Williston, N.D. She attended Kindergarten through 12th grade in the Williston School District. Naomi came from a long line of love and as the eldest of four children learned at an early age how to embrace that responsibility.
She graduated from Williston High School in 1979, and attended Dickinson State University where she met Tom Murphy. The two later married and spent 22 years together raising three beautiful children.  They lived on a ranch in Killdeer, N.D., at the base of the Killdeer Mountains. In 2005 Naomi met the love of her life and soulmate, Roger Rossow. They married in 2006 and she was blessed with another son. They lived in Herreid, S.D., and eventually invested in their “Mayberry” in the badlands, south of Medora, N.D. Naomi’s children were her passion. She traveled many miles and spent many hours in bleachers to support them in their singing, rodeo, football, basketball, and wrestling careers. She went to great lengths to be as involved as she could, including securing illegitimate press passes so she could be mat side during Seth’s wrestling matches.  When it came to her kids, rules didn’t apply to Naomi…they were simply suggestions.
Naomi’s grandchildren were the center of her world. Whether hunting dinosaurs in the badlands or taking ranger rides at sunset (with many more snacks than ever needed), Naomi spent every available minute nurturing those relationships that now leave her grandchildren with deep loving memories that will last a lifetime.
Naomi’s heritage and love of the western lifestyle ran deep in her veins. As a lifetime rancher, Naomi loved watching the sunrise over her ranch in Medora and running yearlings with her husband, Roger. As a real estate agent, agricultural properties were her specialty and she loved helping others bring their dreams to fruition of owning property in the beautiful Dakotas.
Naomi had an indescribable zest for life and was a natural born leader. She lived by the motto “Celebrate Everything” and was always planning the next celebration. Whether she was planning a trip or redecorating a home, her energy level and drive to end with a perfect product was amazing. No stone was left unturned. Details were important, and those details always enhanced the precious memories created by those in attendance.
Naomi had a wisdom of life that not many possess. She was the first call made for any cooking crisis. She knew all the tips and tricks for any situation in life. Naomi never worried a second about something that money could fix and lived by the mantra “Be true to yourself and fair to those around you.”
What Naomi was to her family and friends is difficult to put into words.  What she has done will never be duplicated, and what she gave will never be given again.  She lived a beautiful life and we all loved her dearly.
Naomi is survived by her husband, Roger; their four children, Seth (Chantel) Murphy, Lane (Katelyn) Rossow, Elizabeth (Dustin) Mathiason, and Emily Vernlund; seven grandchildren, Jake, Ava, Nora, Scarlett, Theodore, Dorothy, and Duke; her father Noral Haugen (Lois Monson); brothers, Philip (Bridget) Haugen, Barry (Stacey) Haugen; and sister, Heidi (Jim) Anderson; multiple nieces, nephews, and cousins. She is preceded in death by her mother, Sonja Haugen; father-in-law and mother-in-law, Dennis and Shelby Rossow; and brother-in-law, Eric Johnson.
For those unable to attend, Naomi’s funeral was livestreamed on the Stevenson Funeral Home website. From the front page, click her photo and scroll below her obituary. The link was available 15 minutes prior to the service.
Funeral services for Naomi Rossow, 60, of Medora, were held 2 p.m. on Monday, Nov. 1, 2021, at the Medora Community Center, Medora, with Pastor Dawn Busch officiating. Visitation took place one hour prior to the funeral service on Monday. Interment followed at the Medora Cemetery. Visitation for Naomi was held from 1 - 2 p.m. Saturday, Oct. 30, 2021, at the Stevenson Funeral Home, in Dickinson with a prayer service that took place at 2 MST p.m.
Remembrances and condolences may be shared with the family at stevensonfuneralhome.com
Arrangements were made by Stevenson Funeral Home in Dickinson, N.D