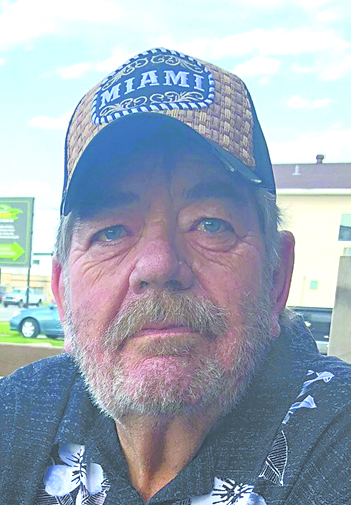 Richard (Rick) Lane Sanford, of Watford City, N.D., passed away on June 15, 2022, at McKenzie County Medical Center in Watford City, N.D. Rick was 70 years old.
Rick was born on May 8, 1952, to Norman and Marion (Riek) Sanford. He was the youngest of the couple’s four children, all of whom went on to attend college. Norman built, owned, and operated Park Lanes Bowling in Watford City from roughly 1959 to 1965. At the ripe age of 9, Rick bowled a 208 at that same Park Lanes bowling alley. A picture of young Rick hung on the wall of the bowling alley commemorating this one of his many accomplishments.
In 1970, at age 18, Rick graduated from Watford City High School and went on to attend UND Williston for two years where he graduated with a business degree in 1972. Shortly thereafter, he married Vicki (Johnson) Cole. During the course of their marriage, Rick and Vicki had two children, Brian and Darrin.
From 1972 to 2018, Rick worked in the oil and gas industry. Specifically, from 1972 to 1985, he worked with Dowell Well Service and from 1985 to 2015 with Wisco Inc. He temporarily retired in 2015, but eventually ended up coming out of retirement to work with MBI Services from 2015 to 2018. During his career in the oilfield, he held many titles and worked in every corner of the industry and was known as a “numbers” guy.
On Dec. 17, 2003, he married Kimberly (Spoonts) Sanford at the Williams County Courthouse in Williston, N.D. Prior to their courthouse wedding in Williston, both Rick and Kimberly exchanged vows at an informal wedding officiated by Kimberly’s brother in Kenai, Alaska. At the age of 51, Rick took on a new wife, and four additional children, Kimberly’s children from a prior marriage. He loved her children and took care of them like they were his own.
Rick was a great bowler, enjoyed dancing and music and was always excited to watch Nascar every Sunday. His favorite Nascar driver was Jeff Gordon, car number 24, which Rick sported on his favorite jacket for special occasions. He was a one-of-a-kind person in the way that he took care of everyone else before himself. He was a wonderful man, husband and father and will be dearly missed by his family and friends, of which there are undoubtedly many.
Left to cherish Rick’s memory are his loving wife, Kimberly; sons, Brian Sanford and Darrin (Rashana) Sanford; stepsons, Nathen Erickson and Tyler Erickson; stepdaughters, Alona Erickson and Jessie Yeager; sister, Marilyn Jensen; brothers, James and David Sanford; along with grandchildren, Josh, Alyssa, Bryn, Ayden, Jakzen, Jerzie, Melody and Rosalyn.
Rick was preceded in death by his parents, Norman and Marion Sanford.
Rick’s Funeral Service will be held on Friday, June 24, 2022, at 4 p.m. at the Fulkerson Stevenson Funeral Home Chapel in Williston, N.D. Visitation will be held at Fulkerson Stevenson Funeral Home Chapel in Williston, N.D. on Friday, June 24, 2022, from 12 p.m. to 4 p.m.
The Funeral Service will be live-streamed. You can view Rick’s service directly on his obituary page on the website www.fulkersons.com.
Fulkerson Stevenson Funeral Home of Williston, N.D., is assisting the family. Friends may sign the on-line register book and give their condolences at www.fulkersons.com