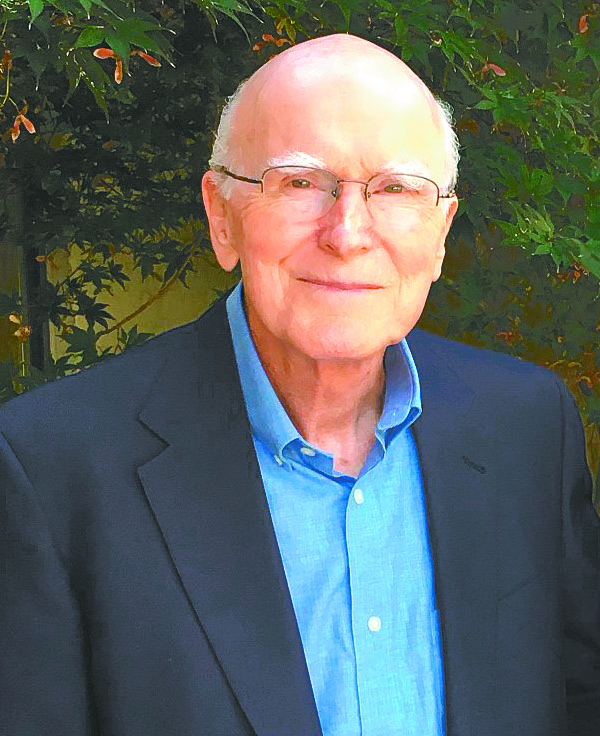 Steven Douglas Karpyak, 77, Richardson, Texas, died Thursday, Oct.1, 2020, at his home following several months of illness caused by a chronic lung disease, idiopathic pulmonary fibrosis
Steve was born Aug. 22, 1943, in Watford City, N.D. He graduated from Watford City High School in 1961 and went on to attend North Dakota State University (NDSU) before pausing his studies to enlist in the United States Navy in January 1964. He married Linda Lee Jacobson on April 17, 1964. Together they moved to Bainbridge, Md., where Steve continued his Navy training. In the fall of 1965, he was selected by the Navy to take part in their NESEP program at Purdue University in Indiana. He graduated with a BS/MS in engineering from Purdue in 1969. After graduation, he accepted a commission in the United States Navy, serving aboard the USS George Washington Carver, a nuclear submarine based out of New London, Conn. In 1976, he resigned his commission and started working at Vermont Yankee, a nuclear power company, in Rutland, Vt. In 1978, he and his family moved back to Watford City, and, with his brother Dale, established Karpyak Machine Tool Corporation (KMT). In 1984, he returned to NDSU to pursue a doctorate in Engineering. While studying at NDSU, he was offered a position with TU Electric in Dallas, Texas. He decided to accept the job and relocated his family to Dallas. He spent the next 28 years working in the nuclear power industry, retiring in 2012.
Steve is survived by his wife, Linda; daughter, Anya; sister and brother-in-law, JoAnne and Dale Garmann; sister-in-law, Vicky Karpyak; brothers, Joe Karpyak and Bryon Karpyak; sister-in-law, Clarice Bernsdorf; as well as many nieces and nephews.
He was preceded in death by his parents, Adam and Lydia (Jore) Karpyak; brother, Dale Karpyak; sister, Myrna Ayres; father-in-law and mother-in-law, Kermit and Elsie (Emmel) Jacobson; sister-in-law and brother-in-law, Jean (Jacobson) and John Christianson; brother-in-law, Darrell Bernsdorf; niece, Jackie (Christianson) Tangedal; and nephews, Steve Bernsdorf and Greg Christianson.
Steve was an engineer through and through, maintaining his professional engineer license throughout his retirement. He was a lifelong student, even earning an MBA from Amberton University at 62. He invested many years in formal study and training, but (incredibly!) he spent even more time pursuing self-directed study. His mind was always busy: questioning, exploring, analyzing, creating. He memorized whole books of the Bible and served as a “walking concordance” for family and friends. Jesus Christ had become his Savior and Lord early in adulthood and he loved to share his faith. Praying with and for others was a daily part of his life. He cared deeply for people and wanted to see good things happening in their lives. He was a great encourager and his own enthusiasm for life was contagious.
In his 20s, he flew small aircraft and often wished he’d had the time to get his pilot’s license. He loved the freedom of the skies, the wide open space of the prairie, and the vastness of the sea. He enjoyed hiking and would walk for hours, never seeming to tire or slow his pace. He was an avid birdwatcher and occasional cat rescuer - once bringing home a mama cat and her three kittens. He could fix just about anything and was the ultimate DIY guy. He liked a good game of golf, whether playing a round himself or watching the pros. Another great pleasure was following NDSU football (Go Bison) and engaging in post-game reviews with North Dakota friends.
Steve filled many journals with his writing: essays, stories, Bible studies, poems, song lyrics. Though he wrote the words below many years ago, they capture well his last days upon this earth.
“My soul wait in silence for God alone.
He alone my strength, He alone the power, He alone can save me in this hour.
My soul wait in silence.
My soul wait in silence, I trust in Thee Oh Lord and say Thou art my God.
I trust in Thee Oh Lord, my times are in Thy hands.”
Due to restrictions on travel and gatherings caused by Covid-19, a celebration of life will not be held at this time. The family asks that any memorials be directed to the North Texas Food Bank, the Great Plains Food Bank, or a food bank of the donor’s choice.
To leave the family condolences please visit affoplano.com