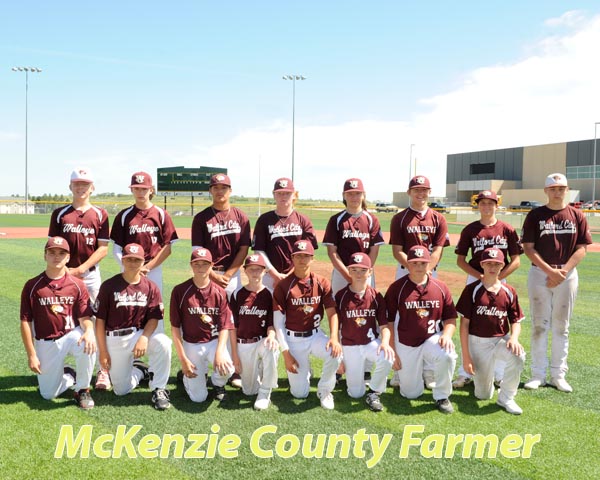 The Watford City 13 to15-year-old Babe Ruth Baseball team has their sights set on making it to the state tournament next week. But in order to do that, the Walleye are going to have to win the District 1 Class B Tournament, which runs from July 23-26, in Stanley.
The North Dakota Class B 13 to 15-year-old state tournament will be held in Kindred July 31 through Aug. 4.
The Walleye enter the tournament as the number five seed and will lock horns with Kenmare, the No. 4 seed,  in opening round play on Thursday at 12:30 p.m. The two teams split during the year.
Overall, the Walleye finished the regular season with a 10-9 record and 7-7 in league play.
Watford City comes into the tournament with a blistering .433 team batting average and average seven runs per game.