Walleye sweep Crosby in final home series of the season 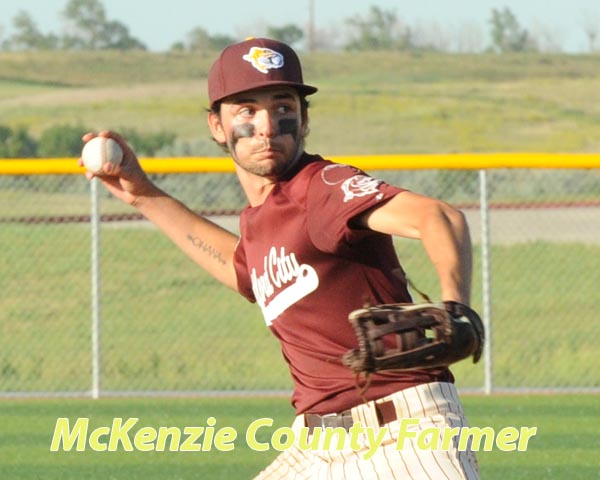 The Watford City Walleye went 1-2 in baseball action this past week as they dropped a close, 5-4, contest to Hazen before sweeping Crosby in their final home series of the season.
With a 14-29-1 record, the Walleye are expected to compete in the Class A Division II Tournament.
Hazen 5, Walleye 4
The Walleye traveled to Hazen on Tuesday, July 21, where they lost to the Astros, 5-4, in eight innings.
Jackson Dodds took the loss on the mound as he struck out seven and allowed just four hits in five innings of pitching before reaching his pitch limit with 15-year-olds Carson Voll, Judd Johnsrud and Jason Hogue pitching in relief.
Offensively, Derrick Duncan led the Walleye with three hits, including a double, and a RBI.
Walleye 27, Crosby Cubs 0
Walleye 16, Crosby Cubs 4
Watford City’s bats were on fire on Wednesday in their final home series of the season as the Walleye scored 43 runs in two games to sweep Crosby by scores of 27-0 and 16-4.